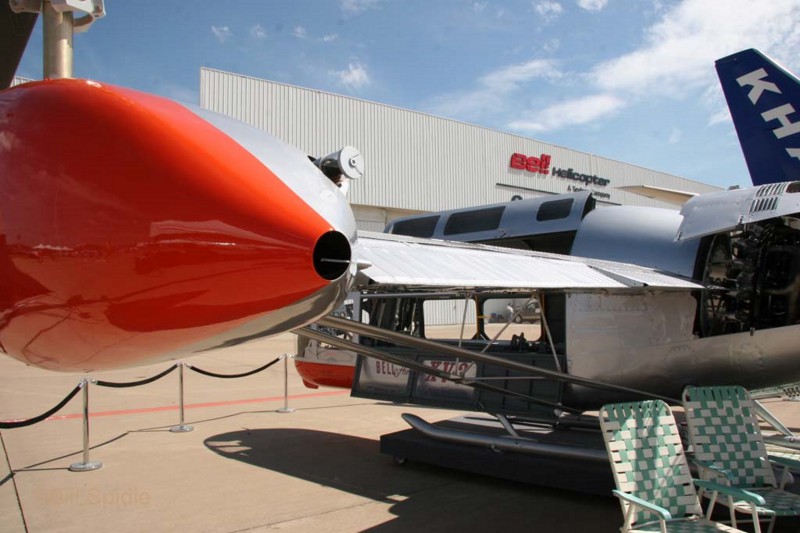 Photo gallery of a Bell XV-3, The Bell XV-3 (Bell 200) was a tiltrotor aircraft developed by Bell Helicopter for a joint research program between the United States Air Force and the United States Army in order to explore convertiplane technologies. The XV-3 featured an engine mounted in the fuselage with drive shafts transferring power to two-bladed rotor assemblies mounted on the wingtips. The wingtip rotor assemblies were mounted to tilt 90 degrees from vertical to horizontal, which was designed to allow the XV-3 to take off and land like a helicopter but fly at faster airspeeds, similar to a conventional fixed-wing aircraft. 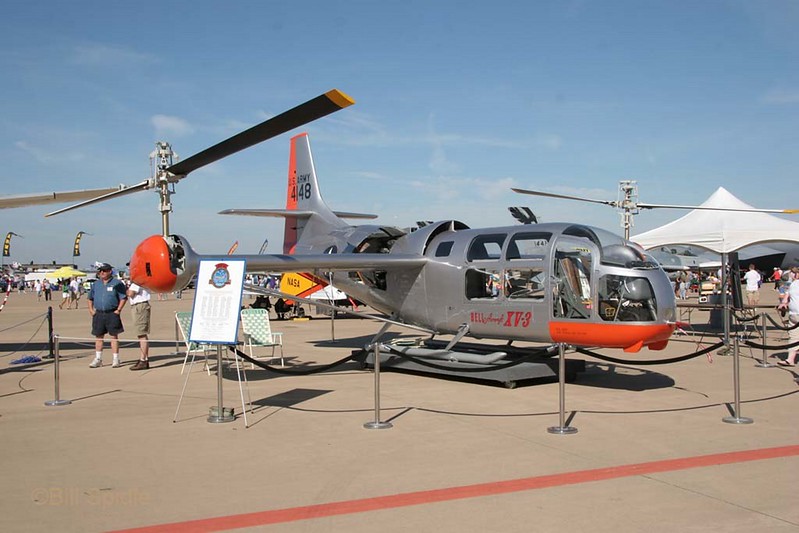 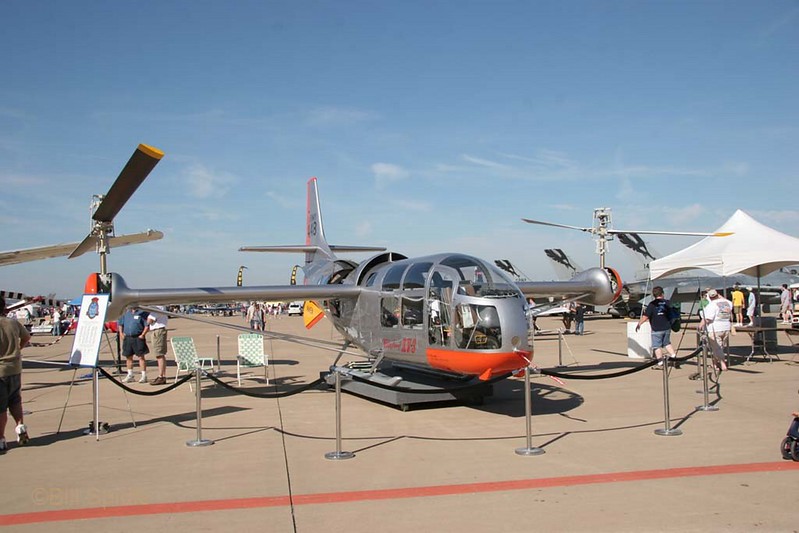 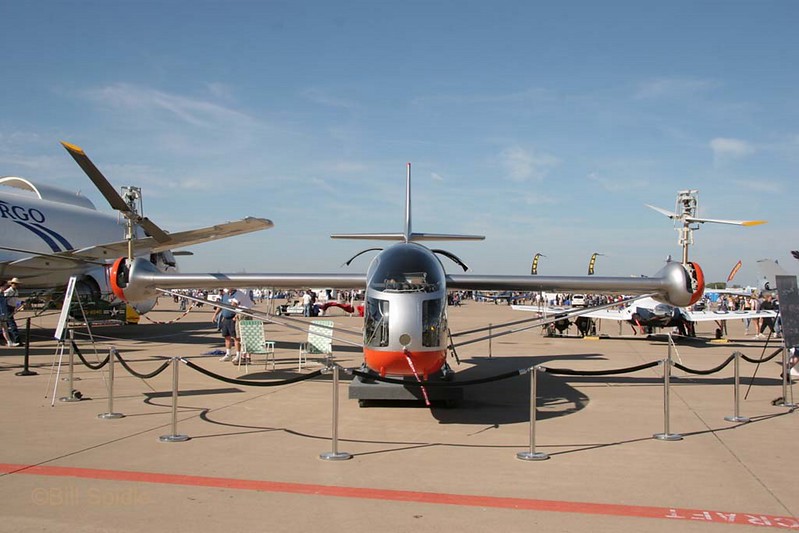 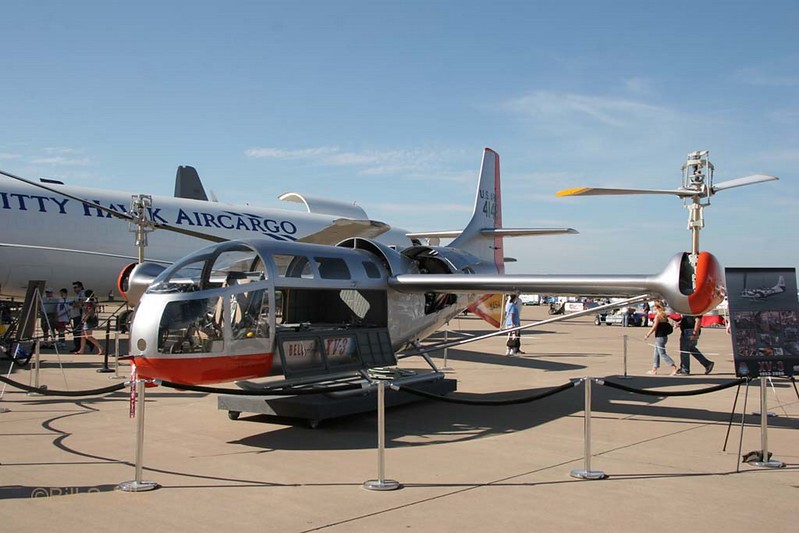 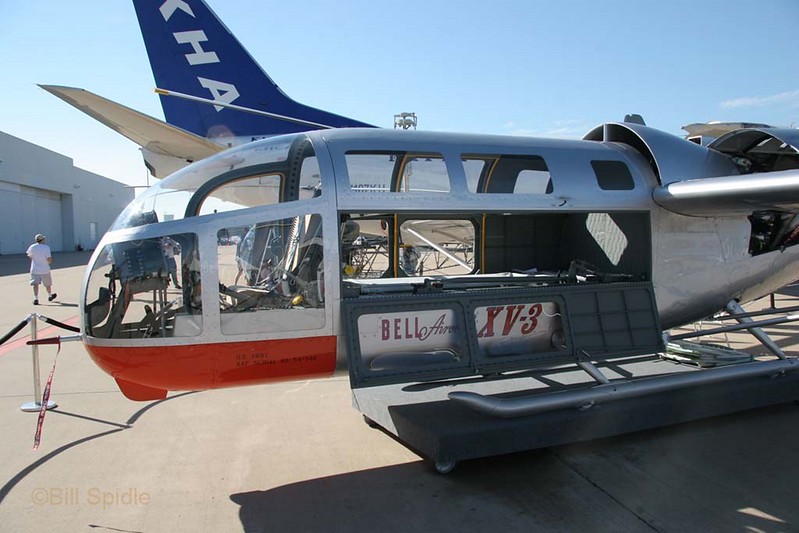 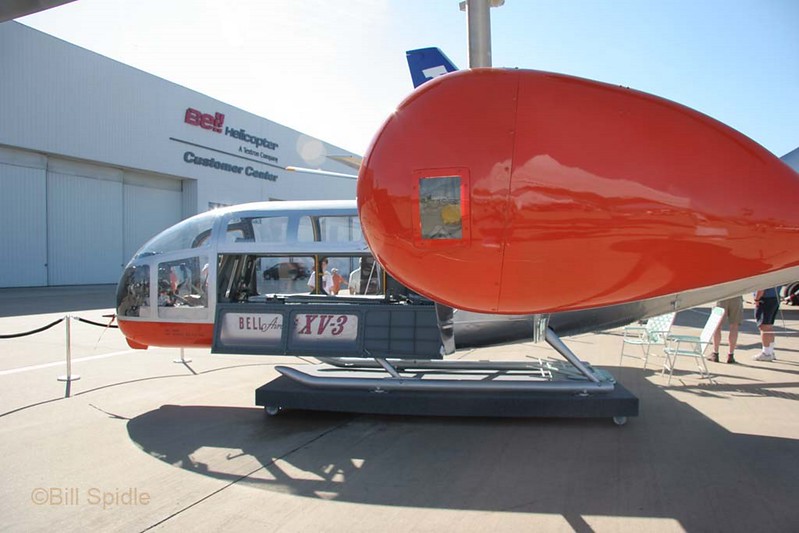 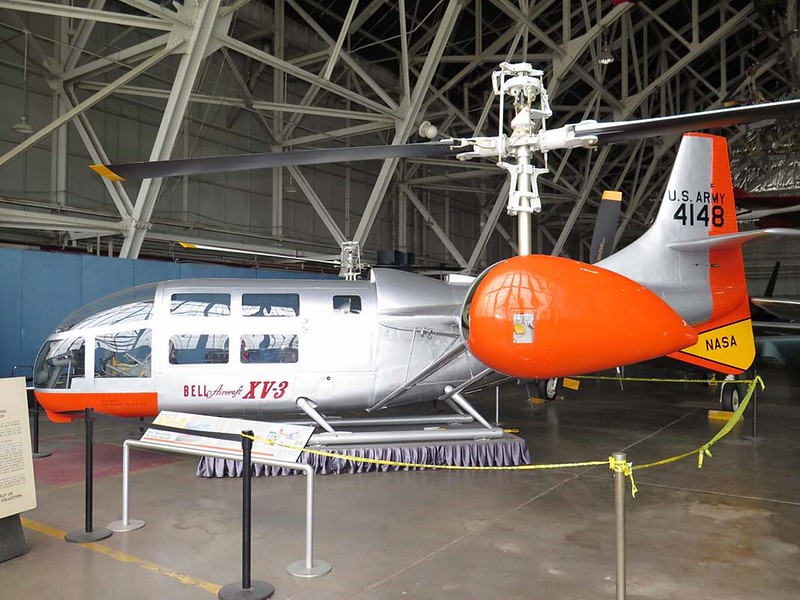 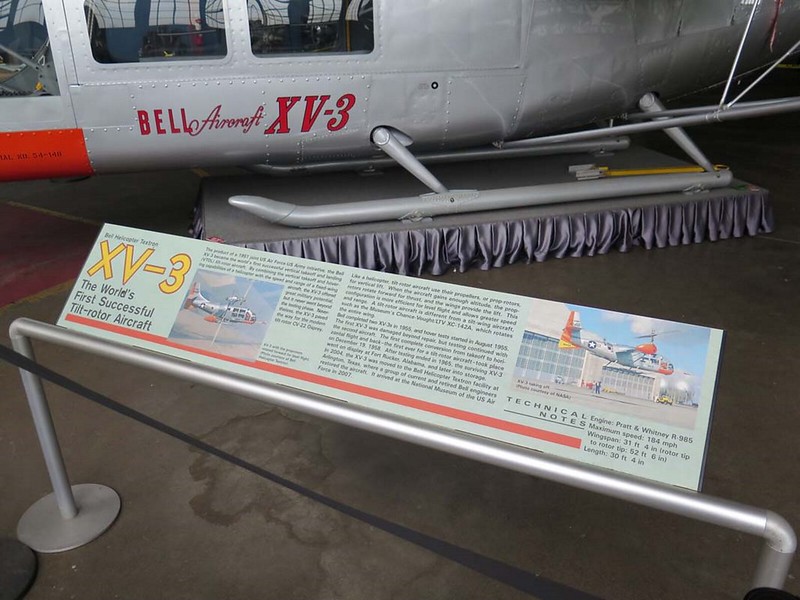 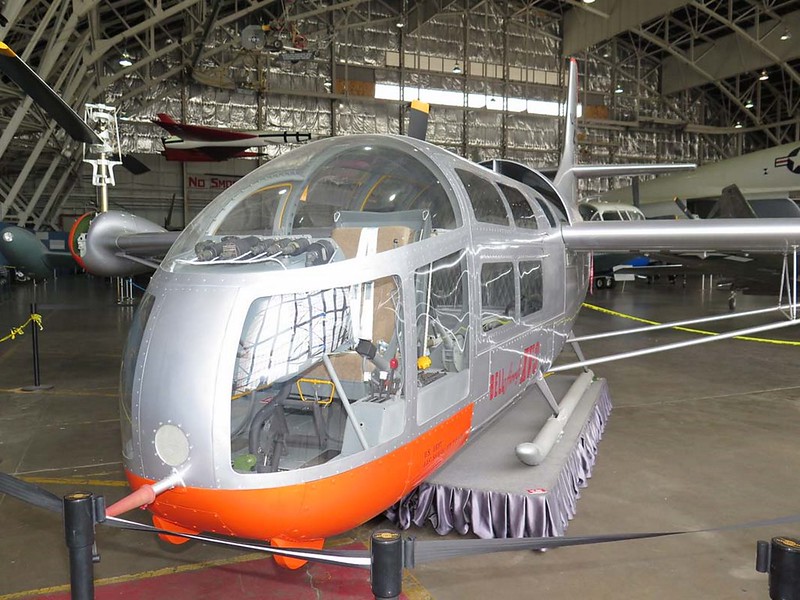 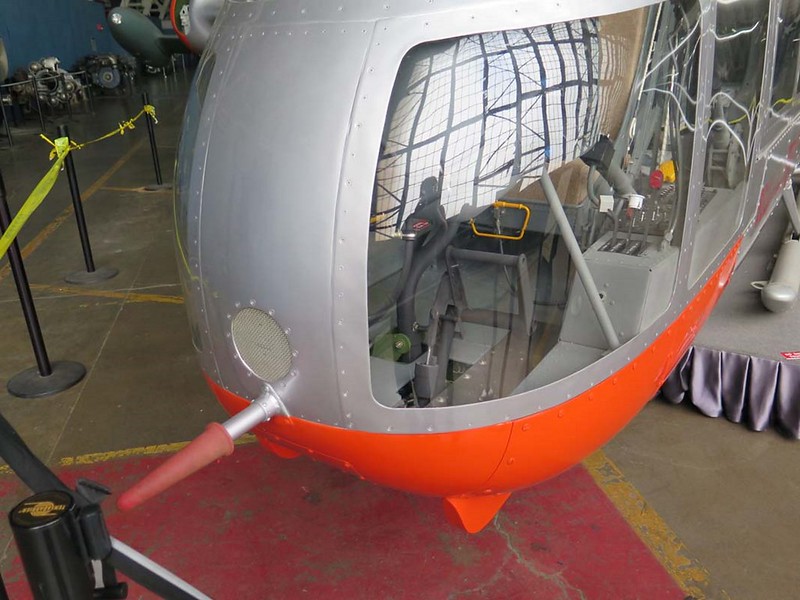 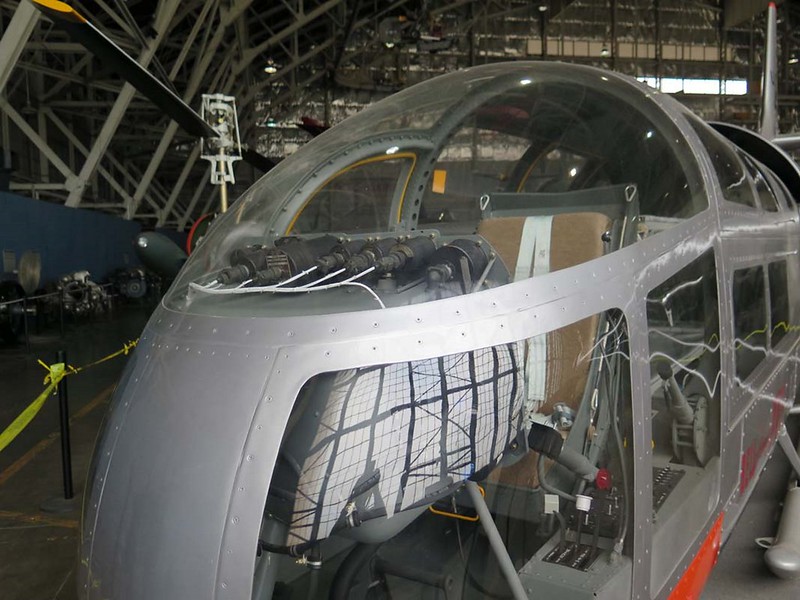 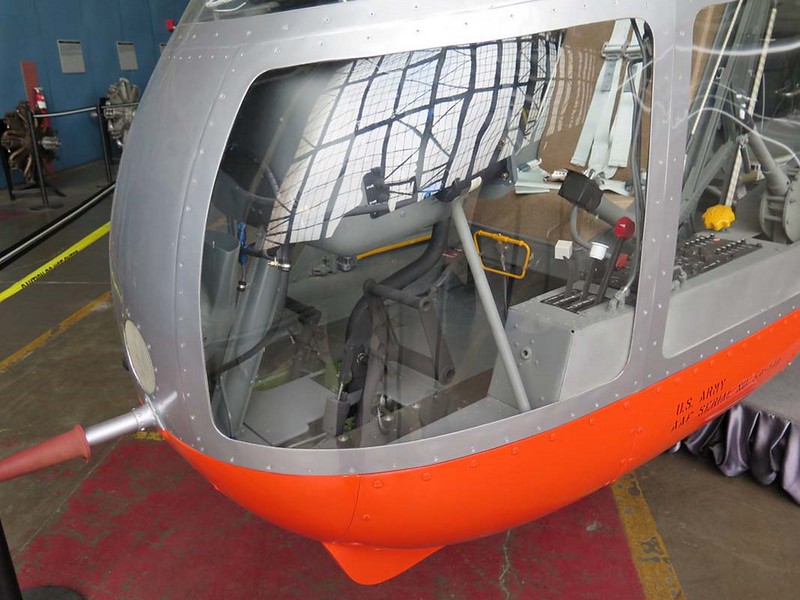