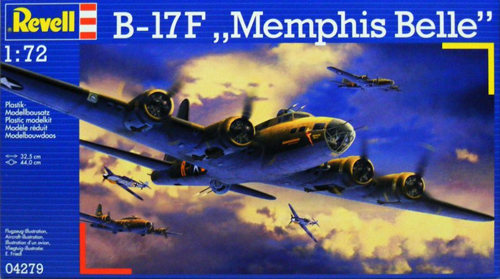 The “Memphis Belle” was delivered to the 324th Bomber Squadron on July 15, 1942. She became the first U.S.A.A.F. bomber to survive twenty-five missions in Europe! Kit features four detailed radial engines, a rotating MG turret, a tail-end MG, four bombs, bomb bay racks, a detailed cockpit with consoles and an instrument panel, individual seats, a detailed radio operator/navigator’s position with a bomb sight and nose seat, detailed landing gear, decal sets for two U.S.A.A.F. versions of the “Memphis Belle” and “The Shamrock Special” and much more.

Search on eBay
Search for what you need, We suggest this but it is you who decide
Find items about "Memphis Belle" on AliExpresS (c):