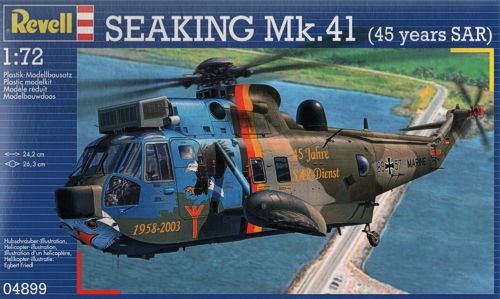 Germany’s MFG 5 (Naval Wing 5) has used the Sea King since 1975. In 2003, the group decorated their Sea Kings with a special livery to celebrate the 45th anniversary of search-and-rescue missions. Kit features a detailed cockpit with instrument panel, a detailed interior/cargo area, four Skua guided weapons, launcher frames, a sliding door with a choice of two mounting positions, movable rotors, nose and fuselage radomes, antennas, sensors and a super decal set with markings for a 45th anniversary of SAR helicopter from 2003 and a Sea Skua version. 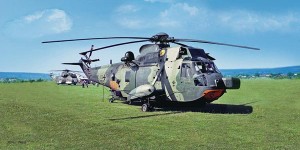 Search on eBay
Search for what you need, We suggest this but it is you who decide
[ae_affiliate_byphil keyword=”Sea King”] ...