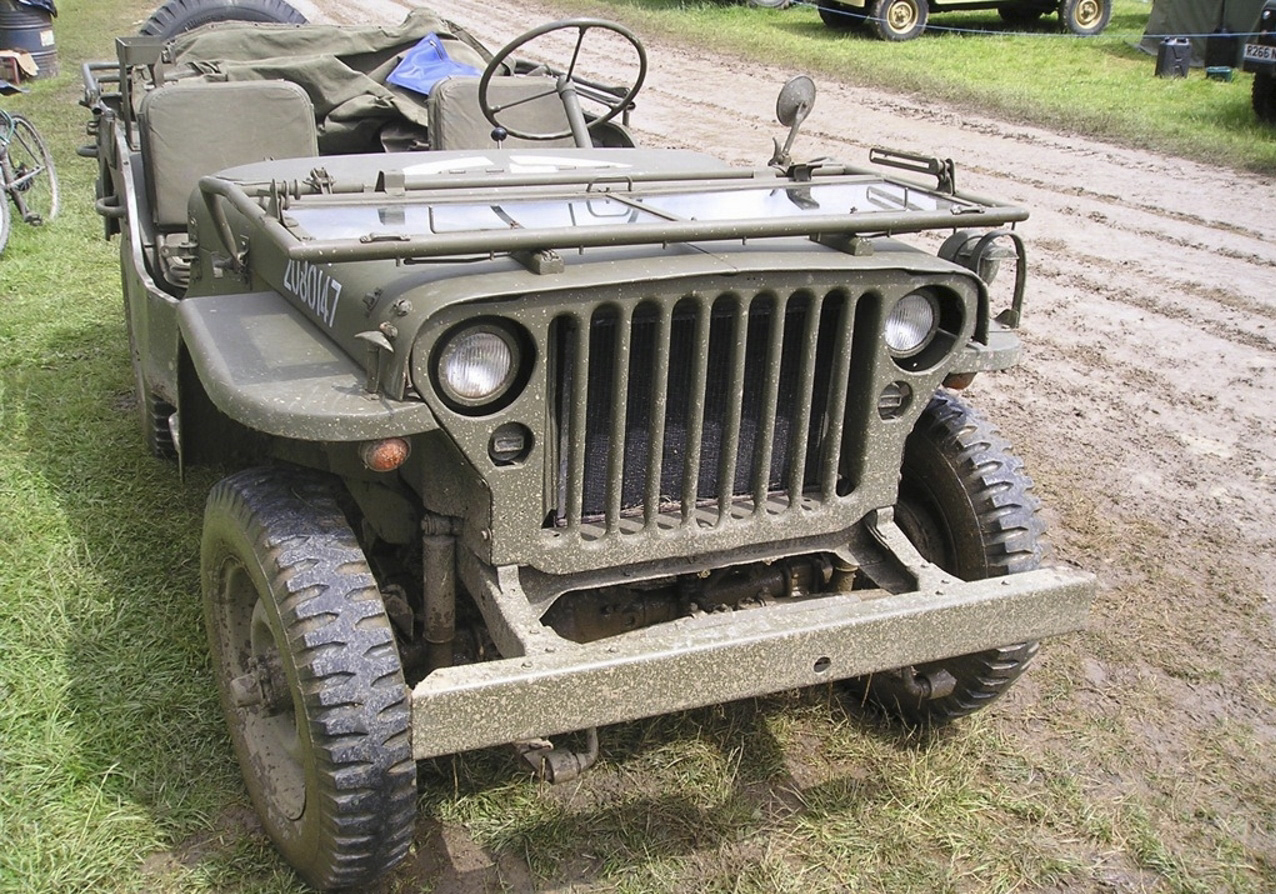 The Willys MB and the Ford GPW, both formally called the U.S. Army Truck, ​1⁄4-ton, 4×4, Command Reconnaissance, commonly known as Jeep or jeep, and sometimes referred to as G503, were highly successful off-road capable, light, military utility vehicles, built in large numbers to a standardized design, from 1941 to 1945, for the Allied forces in World War II.

Search on eBay
Search for what you need, We suggest this but it is you who decide
...
Wait, Searching Willys Jeep photos for you…