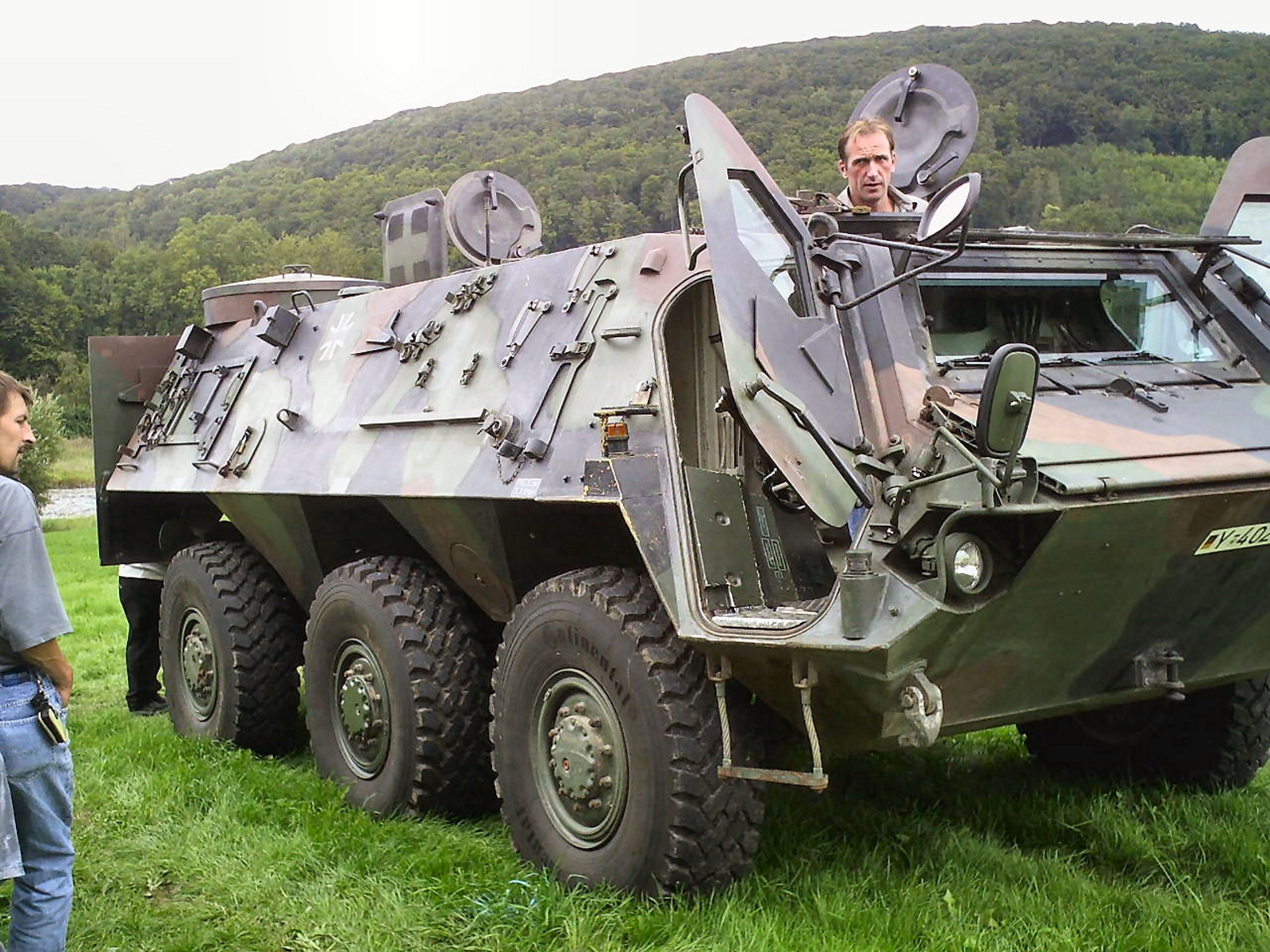 Photo gallery of a TPz 1 Fuchs Pioniergruppen, The TPz (Transportpanzer) Fuchs (“Fox”) is an armoured personnel carrier originally developed by Daimler-Benz but manufactured and further developed by the now Rheinmetall MAN Military Vehicles. Fuchs was the second wheeled armoured vehicle to enter service with the Bundeswehr (West German Army) and it can be used for tasks including troop transport, engineer transport, bomb disposal, Nuclear, Biological and Chemical reconnaissance and electronic warfare. RMMV and its predecessors manufactured 1,236 Fuchs 1, most for the German Army.