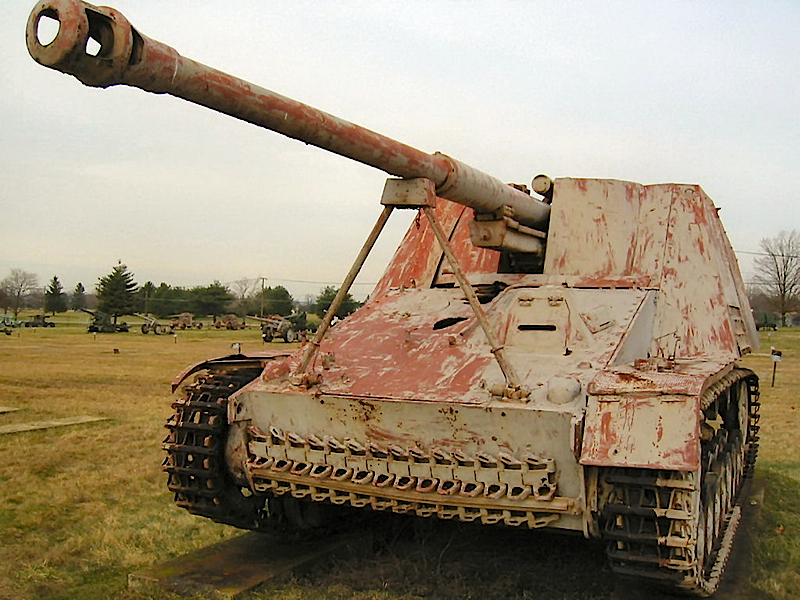 Photo Gallery on a Nashorn, The Nashorn (literally Rhinoceros), originally referred to as Hornisse (Frelon in German) was a German tank destroyer of the Second World War. It was developed as an intermediate solution in 1942 and was armed with the powerful 88 mm anti-tank gun. Although slightly armored and with a high figure, he remained in service until the end of the war and demonstrated that he was a pretty good tank destroyer.

Wait, Searching Nashorn for you...