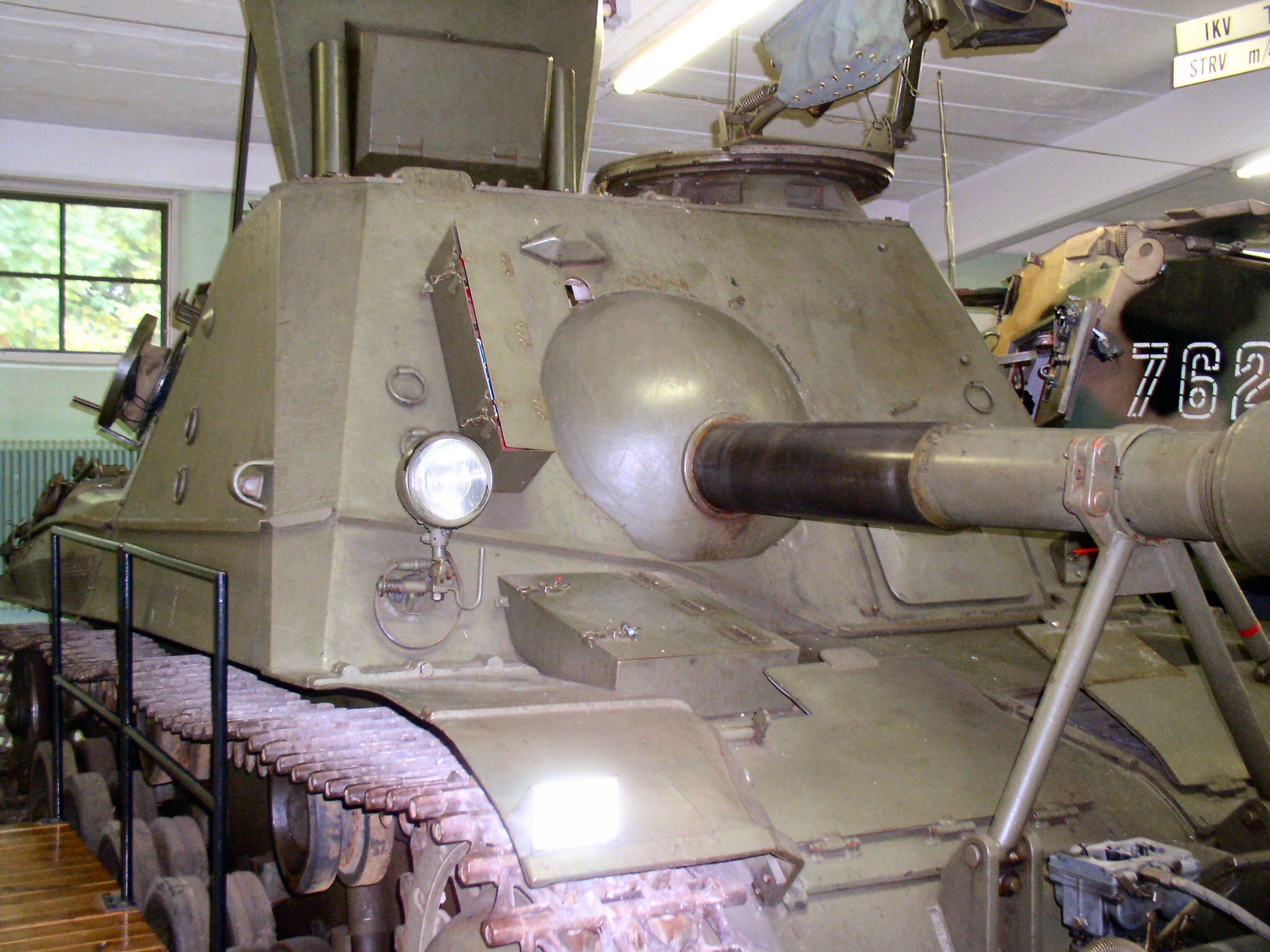 Tank destroyer m / 43 (Pvkv m / 43) was a Swedish combat vehicles that were manufactured in 1947-48. The carriages were built on the same chassis as Strv m / 42 with the superstructure of a lvkanon m / 36. They were originally built to open up but Armétygförvaltningen upgraded them in the 1950s with the roof. 1963 was fitted wagons with sexcylidriga Scania engines from decommissioned Strv m / 41 and m / 40. The carriages were used until the late 1970s. The gearbox was a Volvo VL 420 or Landsverk S-8082.