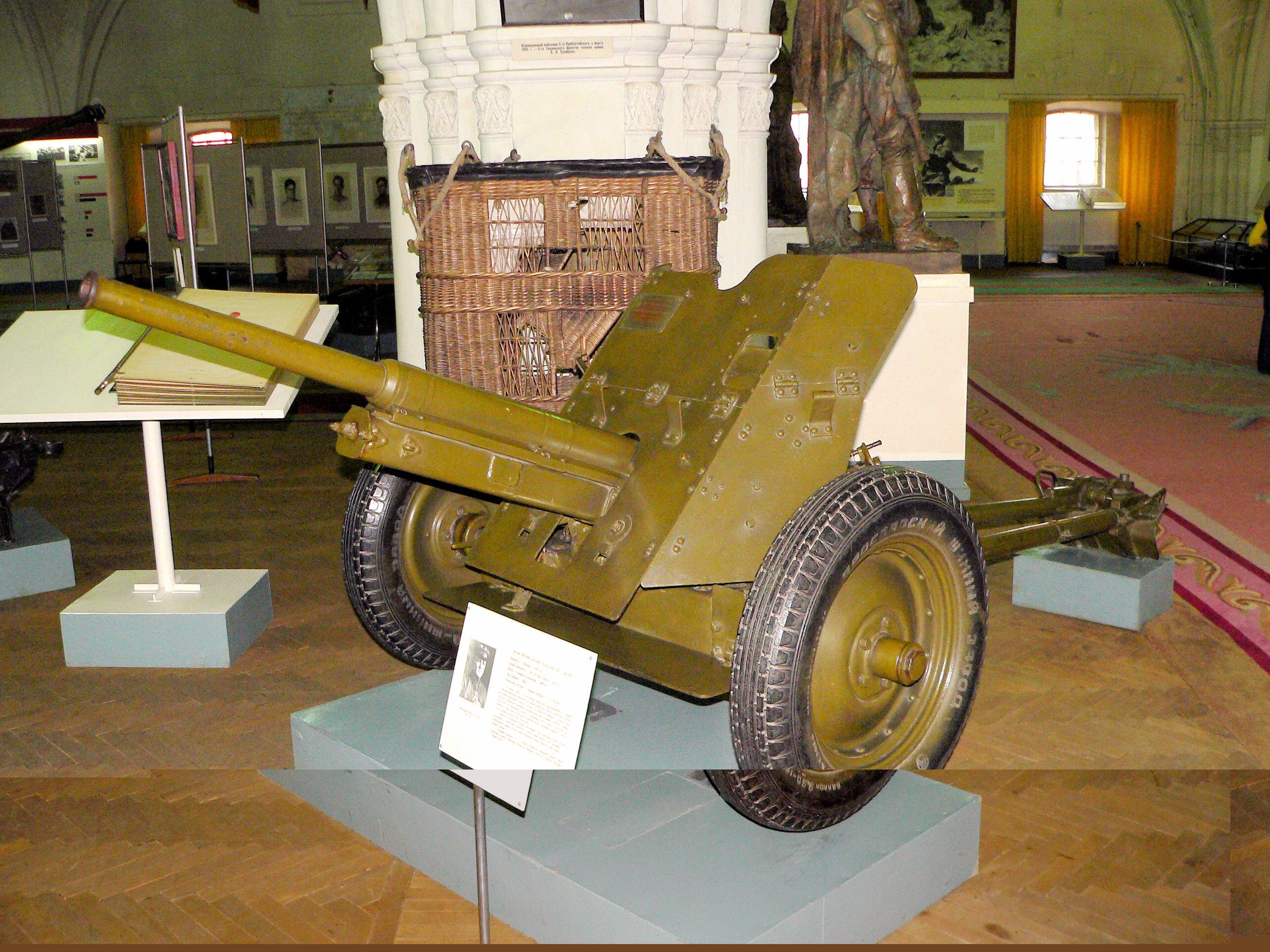 The 45 mm anti-tank gun model 1937 (factory designation 53-K) was a light quick-firing anti-tank gun used in the first stage of the German-Soviet War. It was created by Soviet artillery designer M.N. Loginov after the arrest and execution of former designer V. von Behring. Due to insufficient armor penetration it was replaced in service by the long-barreled 45 mm anti-tank gun M1942 (M-42).