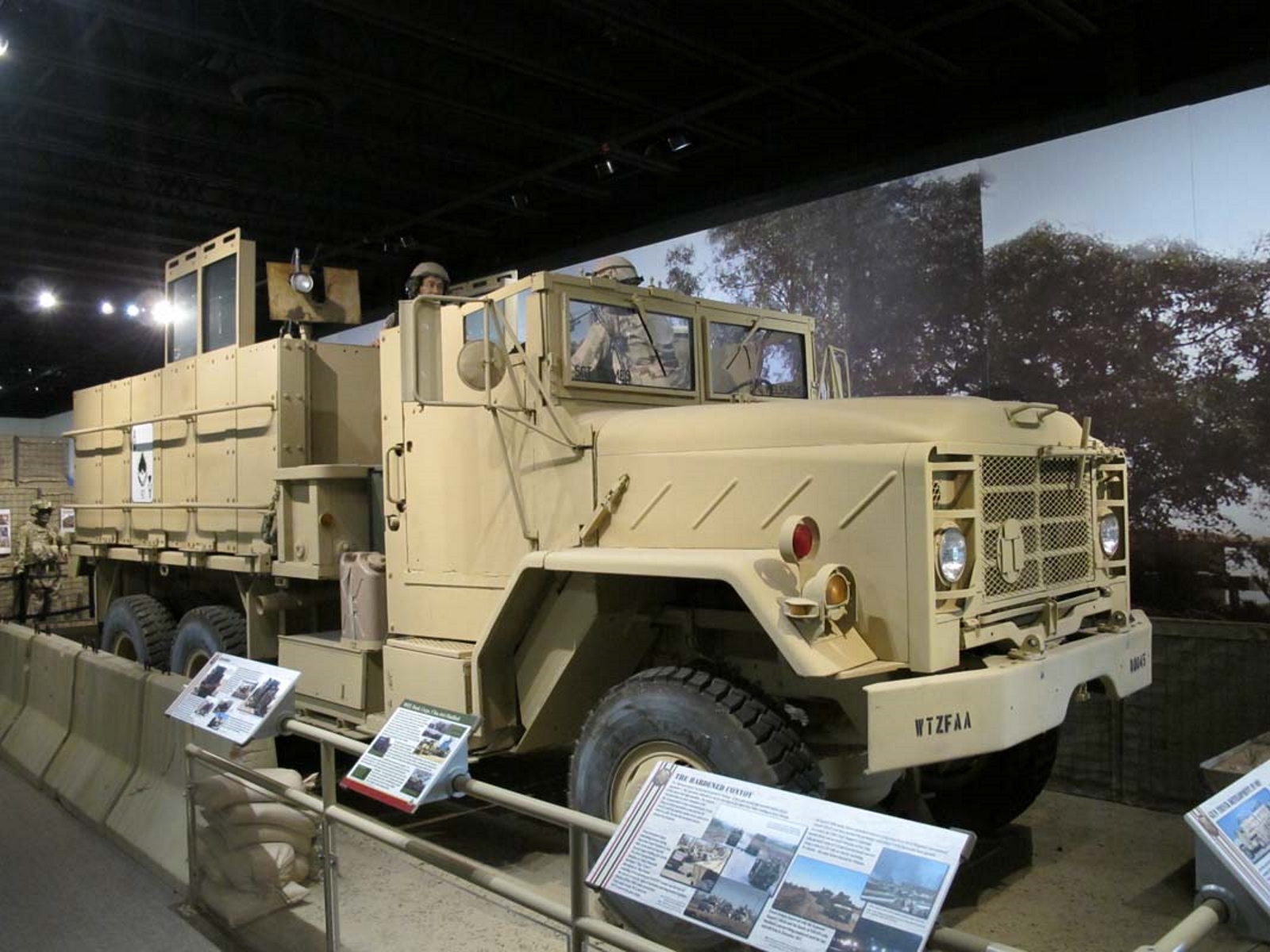 Nuotraukų galerija M923 Guntruck, This medium cargo truck of the 5 ton category, is representative of today’s generation of logistical vehicles of the U.S. Forces. It entered service in the early eighties. The M-923 has an extremely sturdy structure and excellent off-road features, which are necessary to secure the flow of material to the front line combat units. Based on this chassis many versions have been produced: wrecking trucks, tank trucks, mobile maintenance and communication trucks. The A-1 version is characteristic because of its large off-road tires which have earned it the nick-name “big-foot”. During its operational use, and in particular in the most recent military campaigns in which it was employed as Iraq and Afghanistan, the “Big Foot” has often been modified with the addition of “home made” protections to reduce the damages caused by the fire of light weapons. However, the personalization of the vehicles, made “on field” by the crews, were possible thanks to the excellent platform offered by-M-923 trucks.