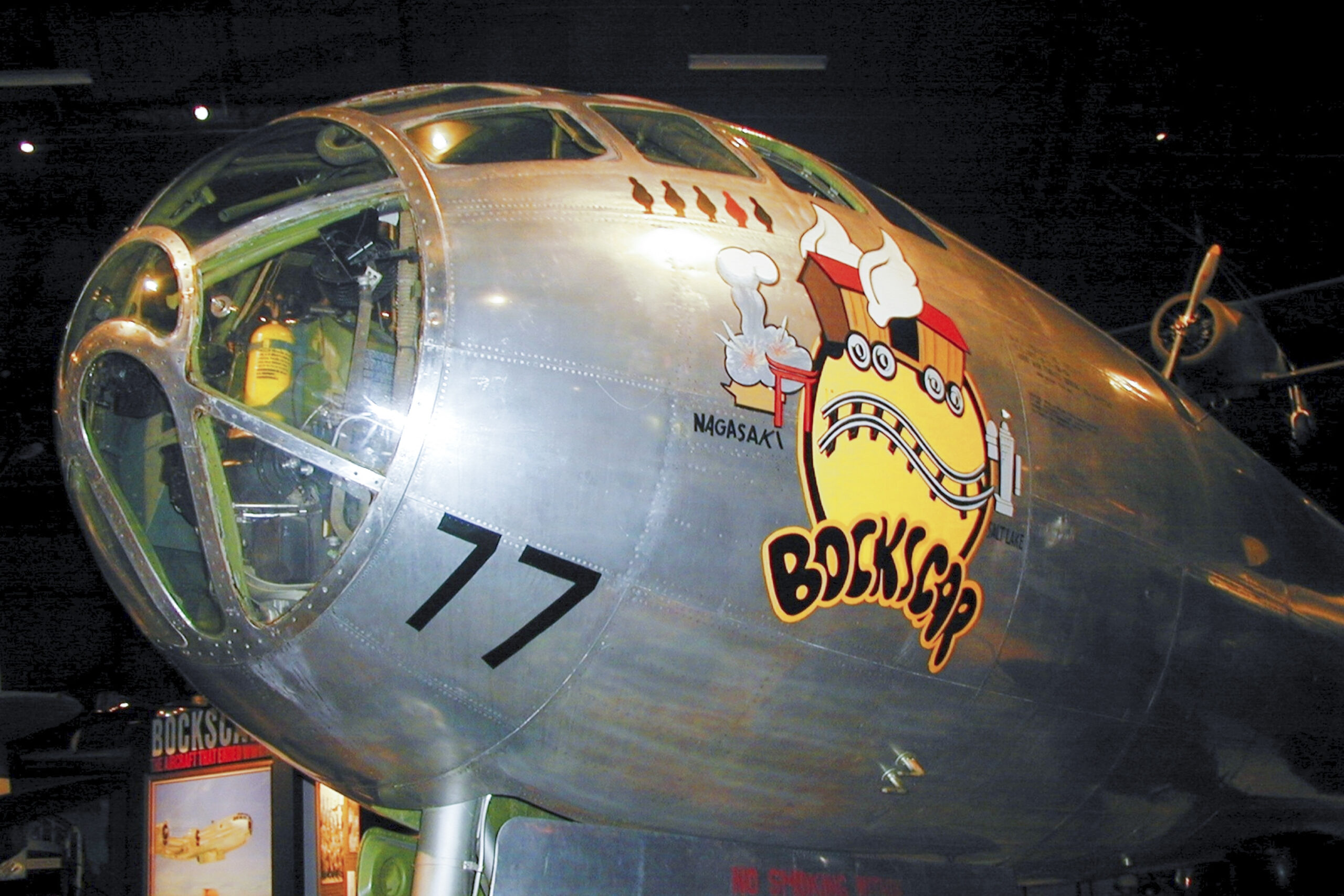 Le Boeing B-29 Superfortress is a four-engine propeller-driven heavy bomber designed by Boeing and flown primarily by the United States during World War II and the Korean War. Named in allusion to its predecessor, the B-17 Flying Fortress, the Superfortress was designed for high-altitude strategic bombing but also excelled in low-altitude night incendiary bombing. B-29s also dropped the atomic bombs on Hiroshima and Nagasaki which led to the end of World War II.