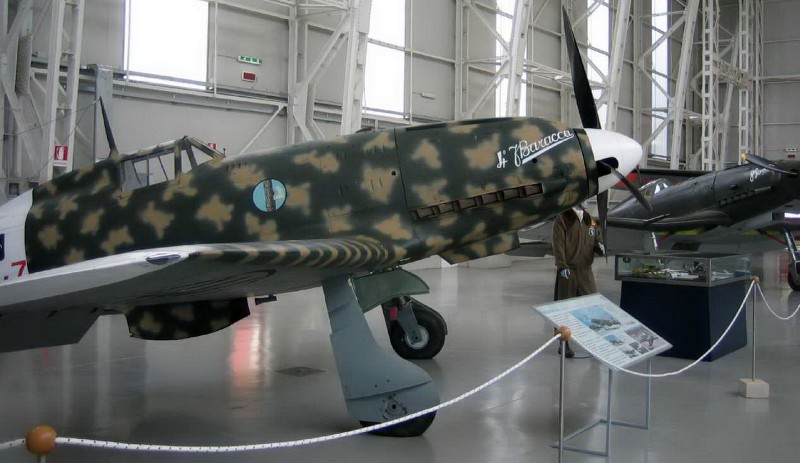 1. Macchi C.202 Folgore (Italian “thunderbolt”) was an Italian fighter aircraft developed and manufactured by Macchi Aeronautica. It was operated mainly by the Regia Aeronautica (RA; Royal (Italian) Air Force) in and around the Second World War. According to aviation author David Mondey, the Folgore has been considered to be one of the best wartime fighters to serve in large numbers with the Regia Aeronautica.

Wait, Searching Macchi MC-202 for you…