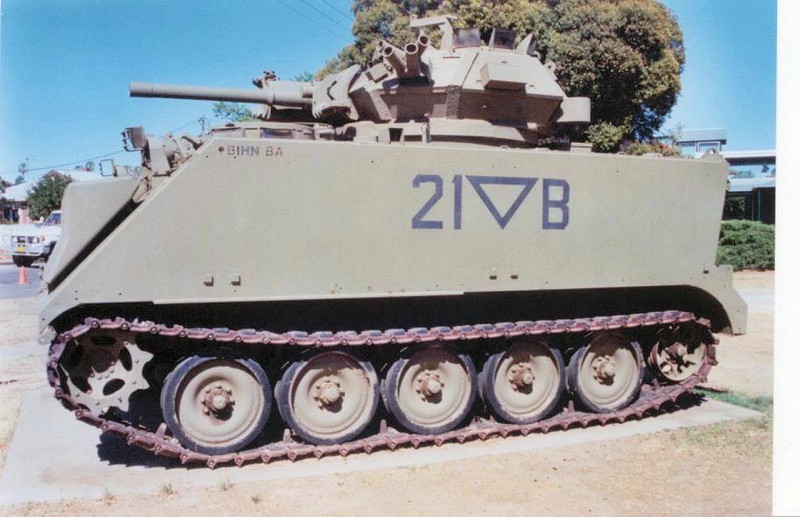 The M113 is a fully tracked armored personnel carrier that has formed the backbone of the United States Army’s mechanized infantry units from the time of its first fielding in Vietnam in April 1962. Version M113A1 : Starting in 1964, the gasoline engine was replaced with a 215 hp (160 kW) diesel engine, to take advantage of the better fuel economy and reduced fire hazard of the diesel engine. The suffix A1 was used on all variants to denote a diesel engine, i.e. an M106A1 was an M106 mortar carrier equipped with a diesel engine.