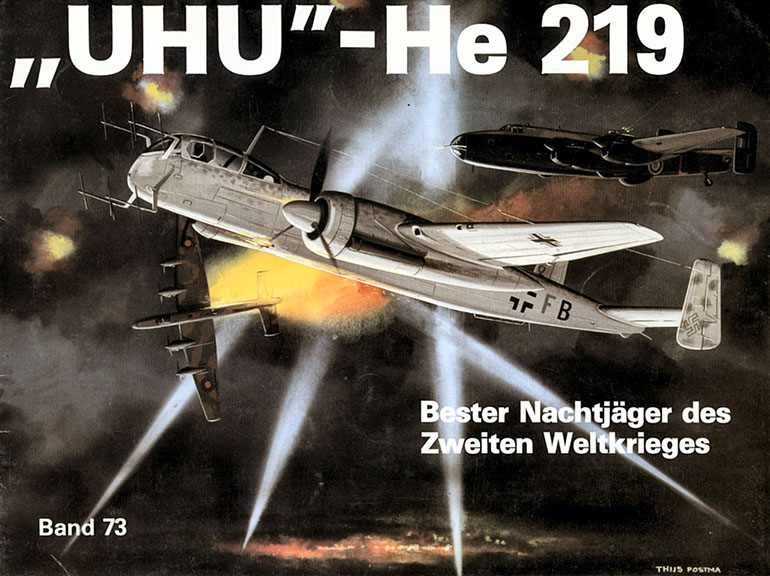 The Heinkel He 219 was a night fighter aircraft built by Germany at the end of World War II. Fast, powerful, maneuverable and well armed, it could have had a great influence on the conflict but less than 300 were used (priority being given to day fighters). Many scholars believe that he was the best night fighter of the war, but serious criticism also exists.

Source: He 219 on Wikipedia

Wait, Searching Waffen Arsenal 073 for you...