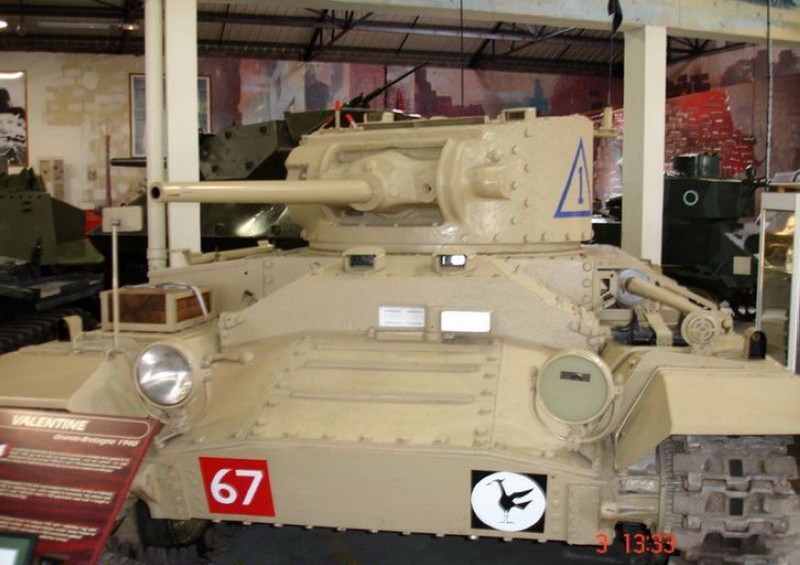 Fotogalleri från en Alla hjärtans tank, The Tank, Infantry, Mk III, Valentine was an infantry tank produced in the United Kingdom during the Second World War. More than 8,000 of the type were produced in eleven marks, plus various specialised variants, accounting for approximately a quarter of wartime British tank production. The many variants included riveted and welded construction, petrol and diesel powerplants and a progressive increase in armament. It was supplied in large numbers to the USSR and built under licence in Canada. Developed by Vickers, it proved to be both strong and reliable.