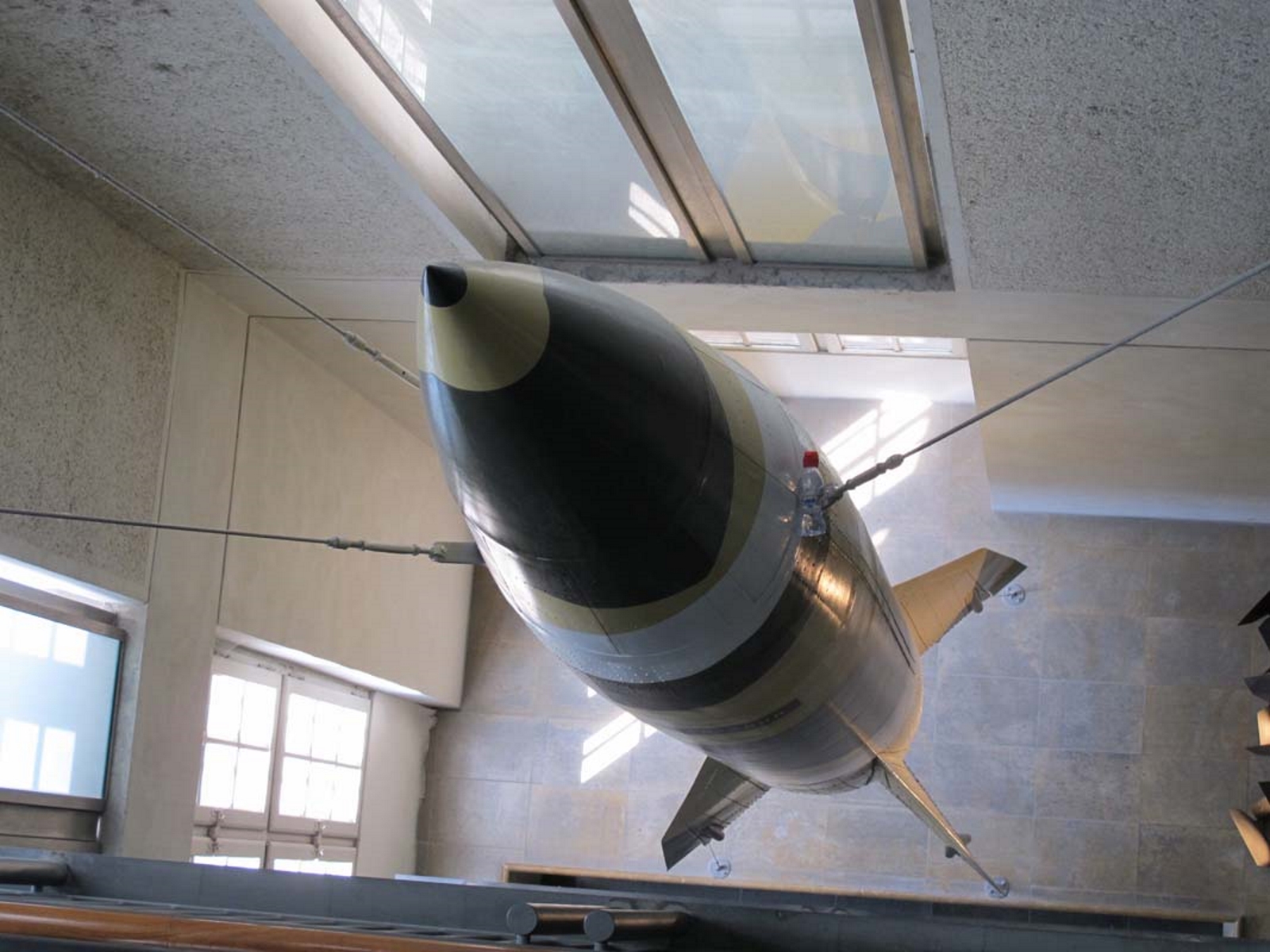 Foto-galerija a V-2 Missile, The V-2 (German: Vergeltungswaffe 2, “Retribution Weapon 2”), technical name Aggregat 4 (A4), was the world’s first long-range guided ballistic missile. The missile with a liquid-propellant rocket engine was developed during the Second World War in Germany as a “vengeance weapon,” designed to attack Allied cities as retaliation for the Allied bombings against German cities. The V-2 rocket also became the first artificial object to cross the boundary of space with the vertical launch of MW 18014 on 20 June 1944.