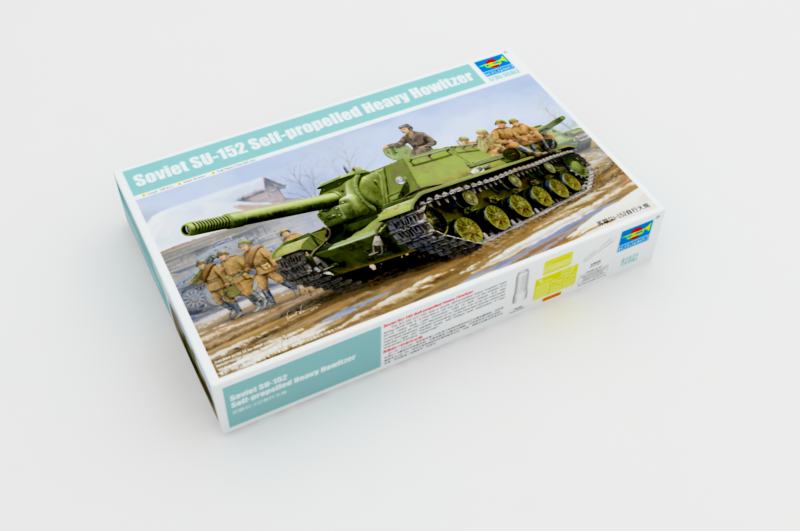 Zgodovina: The SU-152 (СУ-152) was a Soviet self-propelled heavy howitzer used during World War II. It mounted a 152 mm gun-howitzer on the chassis of a KV-1S heavy tank. Later production used IS tank chassis and was re-designated as ISU-152. Because of its adopted role of as an impromptu heavy tank destroyer, capable of knocking out the heaviest German armoured vehicles—Tiger and Panther tanks, and Elefant tank destroyers—it was nicknamed Zveroboy, “beast killer”. 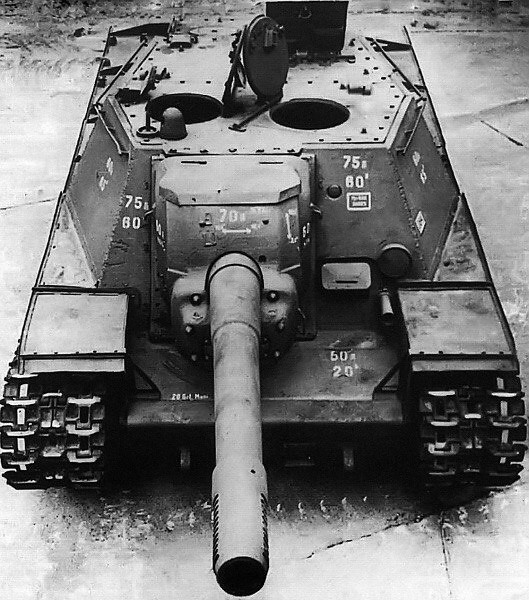 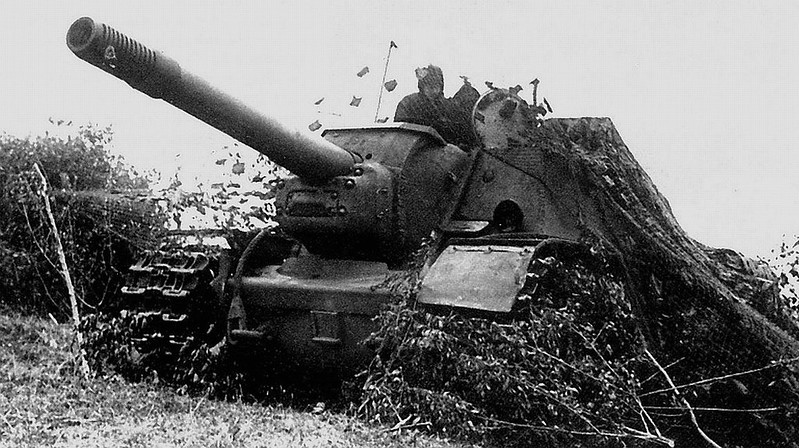 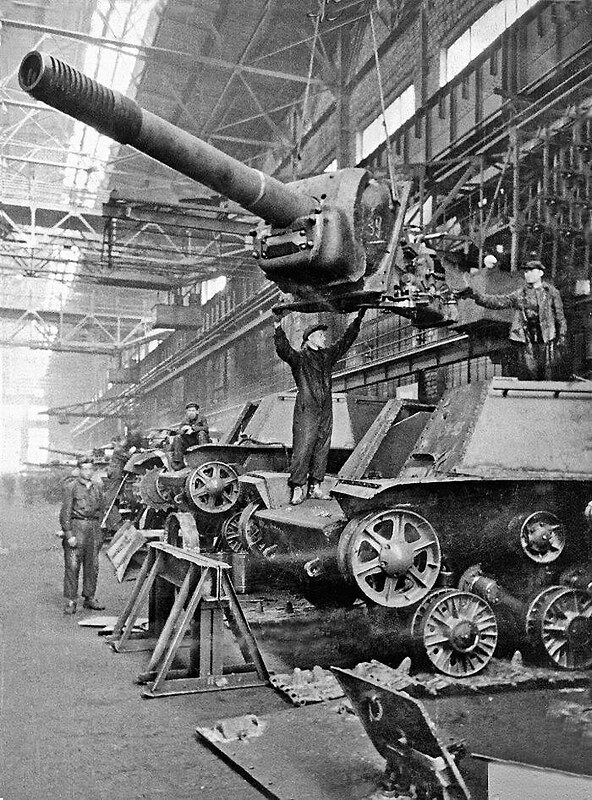 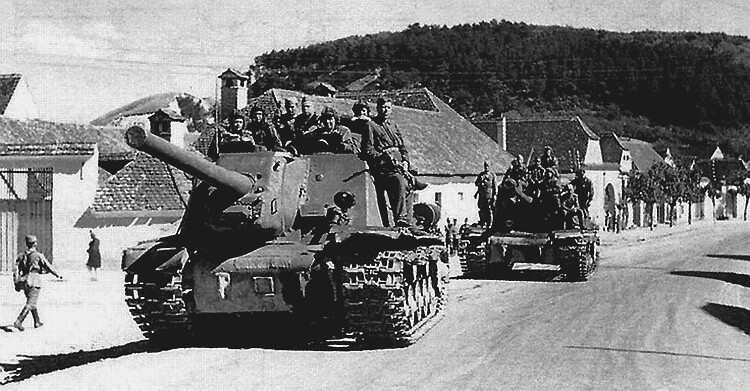 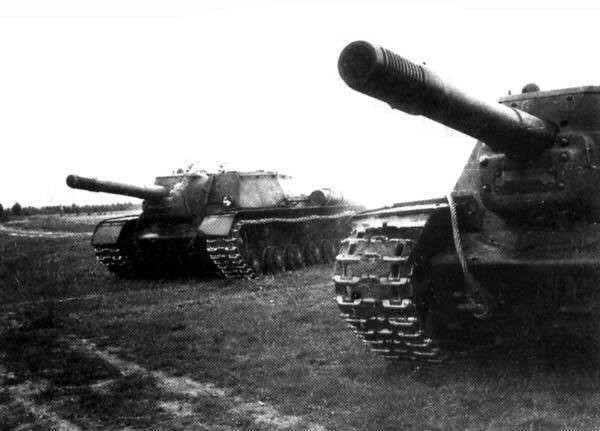 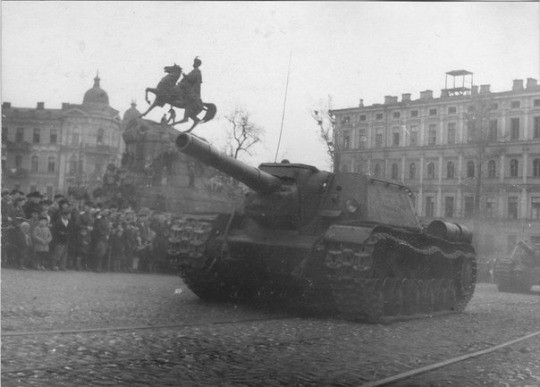 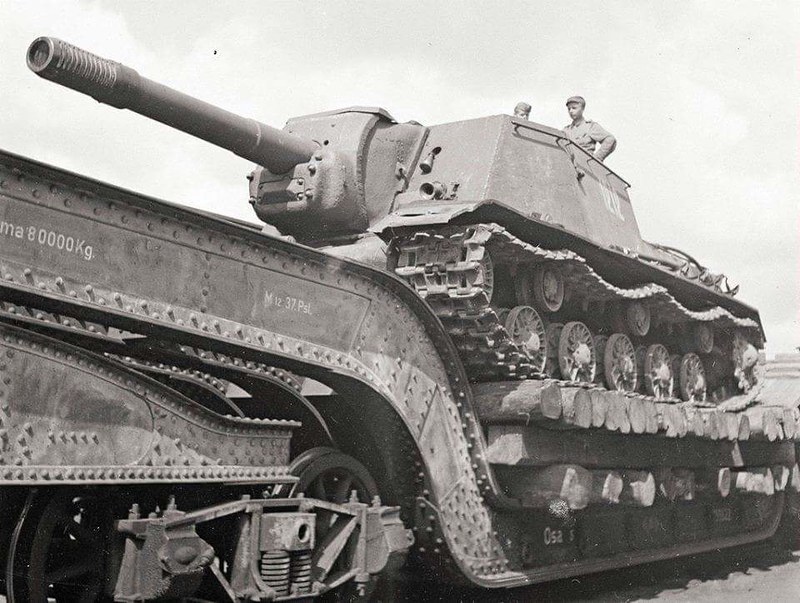