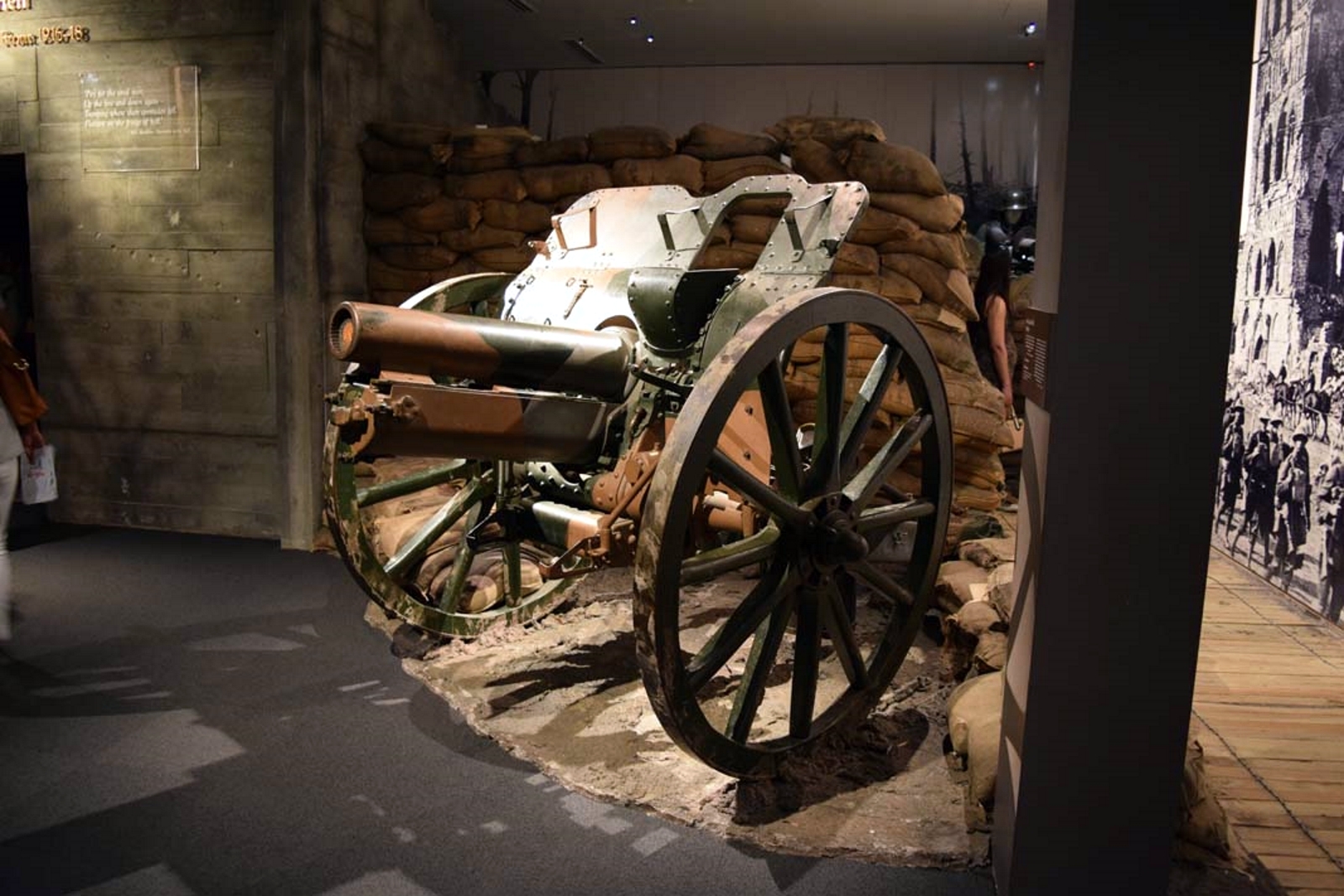 The Ordnance QF 4.5-inch howitzer was the standard British Empire field (or ‘light’) howitzer of the First World War era. It replaced the BL 5-inch howitzer and equipped some 25% of the field artillery. It entered service in 1910 and remained in service through the interwar period and was last used in the field by British forces in early 1942. It was generally horse drawn until mechanisation in the 1930s. The QF 4.5-inch howitzer was used by British and Commonwealth forces in most theatres, by Russia and by British troops in Russia in 1919. Its calibre (114 mm) and hence shell weight were greater than those of the equivalent German field howitzer (105 mm); France did not have an equivalent. In the Second World War it equipped some units of the BEF and British, Australian, New Zealand and South African batteries in East Africa and the Middle and Far East. 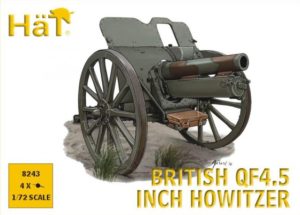