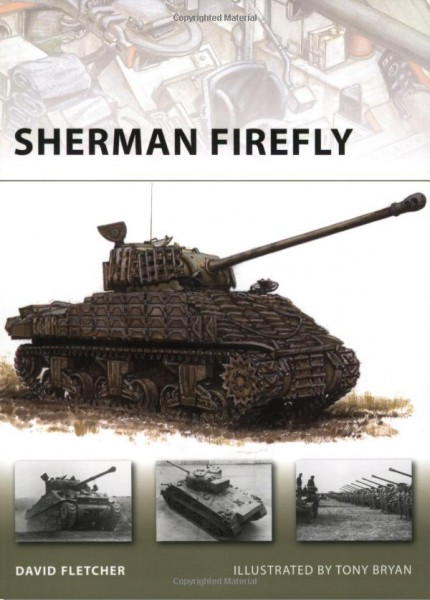 Book description : The most powerfully gunned tank fielded by the Allies during World War II was the Sherman Firefly. An ordinary American-built Sherman modified by the British, the Firefly had the firepower that could finally match the awesome German tanks that had dominated Europe. David Fletcher examines the controversy that dogged the Firefly and the psychological boost the tank provided to Allied forces. Exploring its successes and failures on the battlefield and providing a realistic assessment of the tank’s worth, this is essential reading for anyone wanting to know the facts about a tank variant that quickly developed its own mythology.

Editorial Reviews : “The Firefly was arguably the best WW2 tank of the Western allies to be produced in quantity, as far as anti-tank performance was concerned… All [of its production history] is described here and so is the Firefly’s combat use, as well as interesting sidelights such as the use of Fireflies for concrete-busting attack on bunkers and Firefly production for the US Army. Very highly recommended.” -John Prigent, Internet Modeler (March 2008)