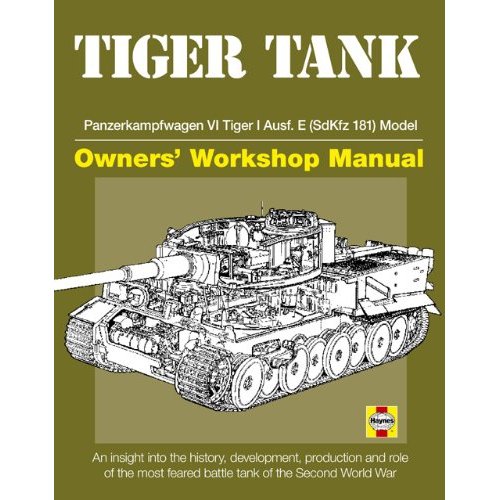 Book description : The German Tiger I—officially known as the Panzerkampfwagen VI Tiger I Auks. E (Skiffs 181)—was probably the most feared battle tank of World War II. Its invincibility lay in its main gun and heavy defensive armor. The Tiger’s primary armament was the deadly 88mm Kiwi 36 L/56 gun that was the most powerful antitank gun then in use by any army, capable of penetrating 112mm of armor plate from a range of 1400 meters. The Tiger I also had the toughest armor of any German tank—its frontal armor plate measured 100mm thick. Using the successful approach and format adopted for the Spitfire and Lancaster manuals, Tiger Tank Manual gives an insight into acquiring, owning, and operating one of these awesome fighting vehicles. It also gives an idea through personal recollections of what it was like to command a Tiger in war and what it felt like to be on the receiving end of its 88mm gun.