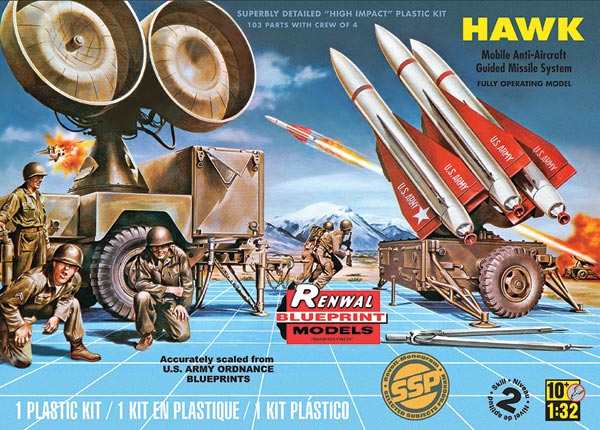 Publicly introduced in October of 1957, the Hawk Missile system was a low-altitude, medium-range surface-to-air missile developed to destroy aircraft and in-flight missiles. The Hawk’s ability to seek out and defeat enemy aircraft was the result of its highly advanced radar, which was housed in the missile guidance system. Kit features three Hawk missiles, complete mobile radar and missile trailers, four crew member figures and decals with authentic U.S. Army graphics.

Search on eBay
Search for what you need, We suggest this but it is you who decide
[ae_affiliate_byphil keyword=”Missile”] ...