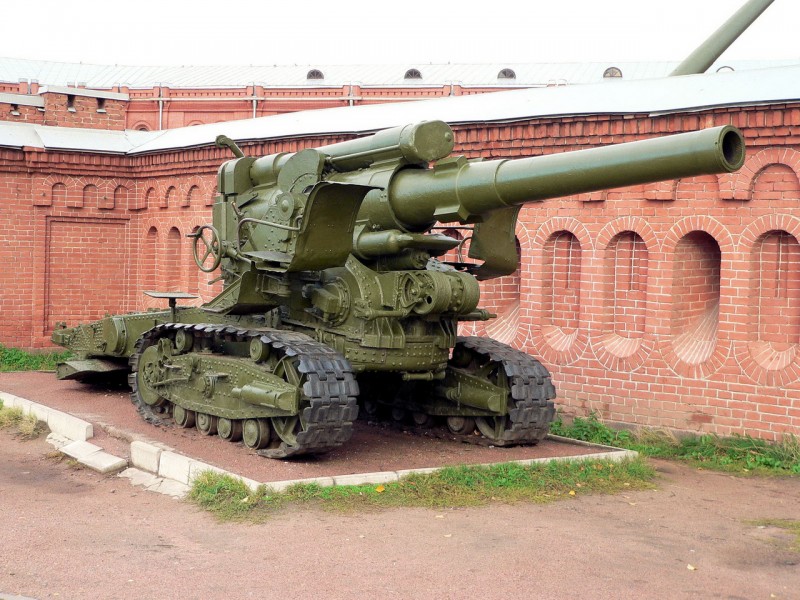 203 mm howitzer M1931 was a 203 mm Soviet heavy howitzer. During the Second World War, it was under the command of the Stavka’s strategic reserve. It was nicknamed “Stalin’s sledgehammer” by German soldiers. These guns were used with success against heavy German fortifications and in urban combat for crushing protected buildings and bunkers. This weapon was used until the end of the war in the Battle of Berlin where the Red Army would bring these guns up at point blank range to smash German fortifications with their heavy 203mm shells. In the spring of 1944, a KV-1s tank chassis was used to create a self-propelled variant, the S-51. The heavy recoil from the muzzle blast threw the crew off their seats and damaged the transmission, and so it was cancelled.