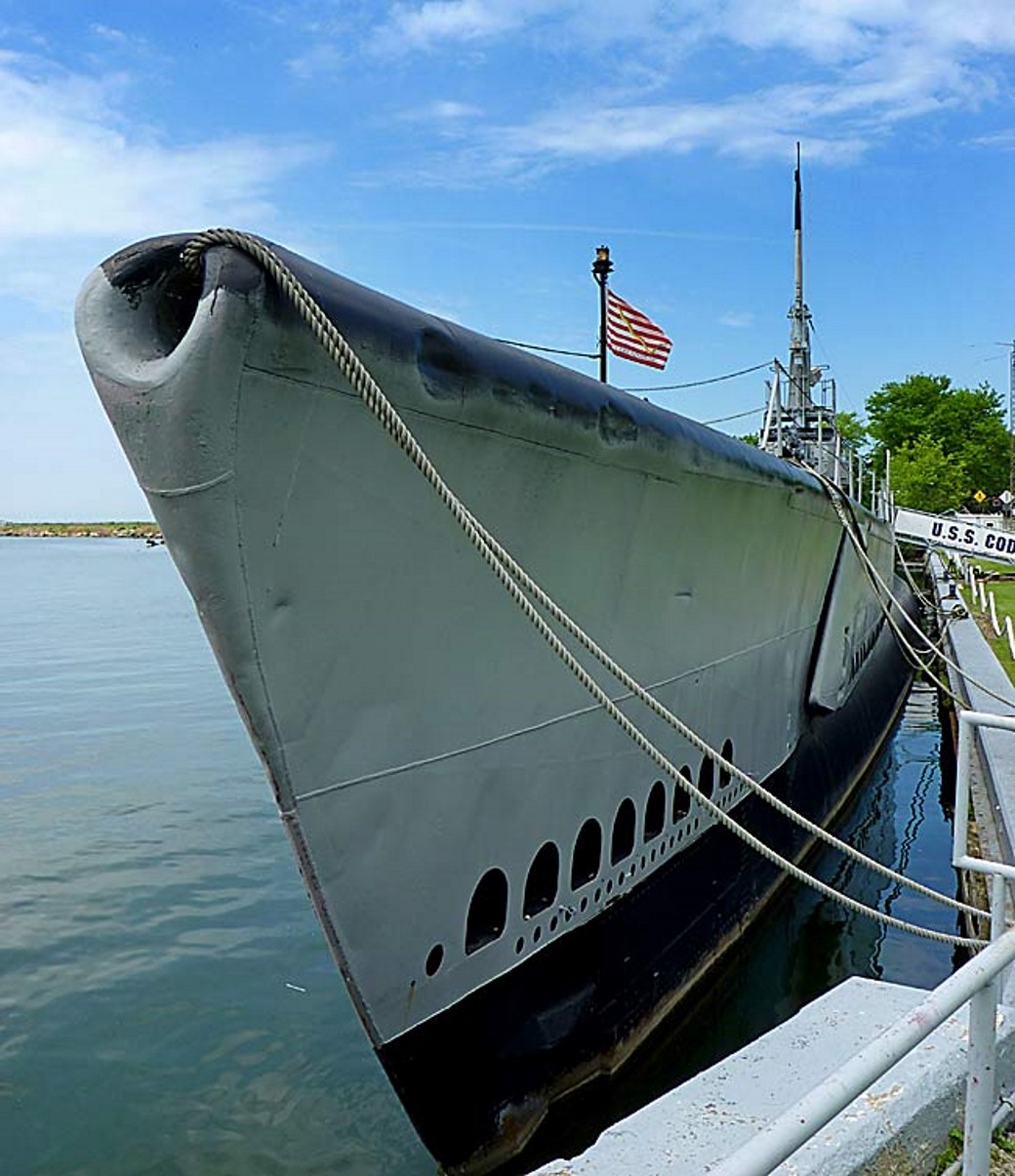 USS Cod (SS/AGSS/IXSS-224) is a Gato-class submarine, the only vessel of the United States Navy to be named for the cod, named after the world’s most important food fish of the North Atlantic and North Pacific. Her keel was laid down by the Electric Boat Company of Groton, Connecticut on 21 July 1942. The submarine’s five diesel engines were built by General Motors’ Cleveland Diesel plant located on the west side of Cleveland. She was launched on 21 March 1943 (sponsored by Mrs. G.M. Mahoney), and commissioned on 21 June 1943 with Commander James C. Dempsey in command. Dempsey had already won fame by sinking the first Japanese destroyer lost in the war while in command of USS S-37, a tiny World War I-era submarine.