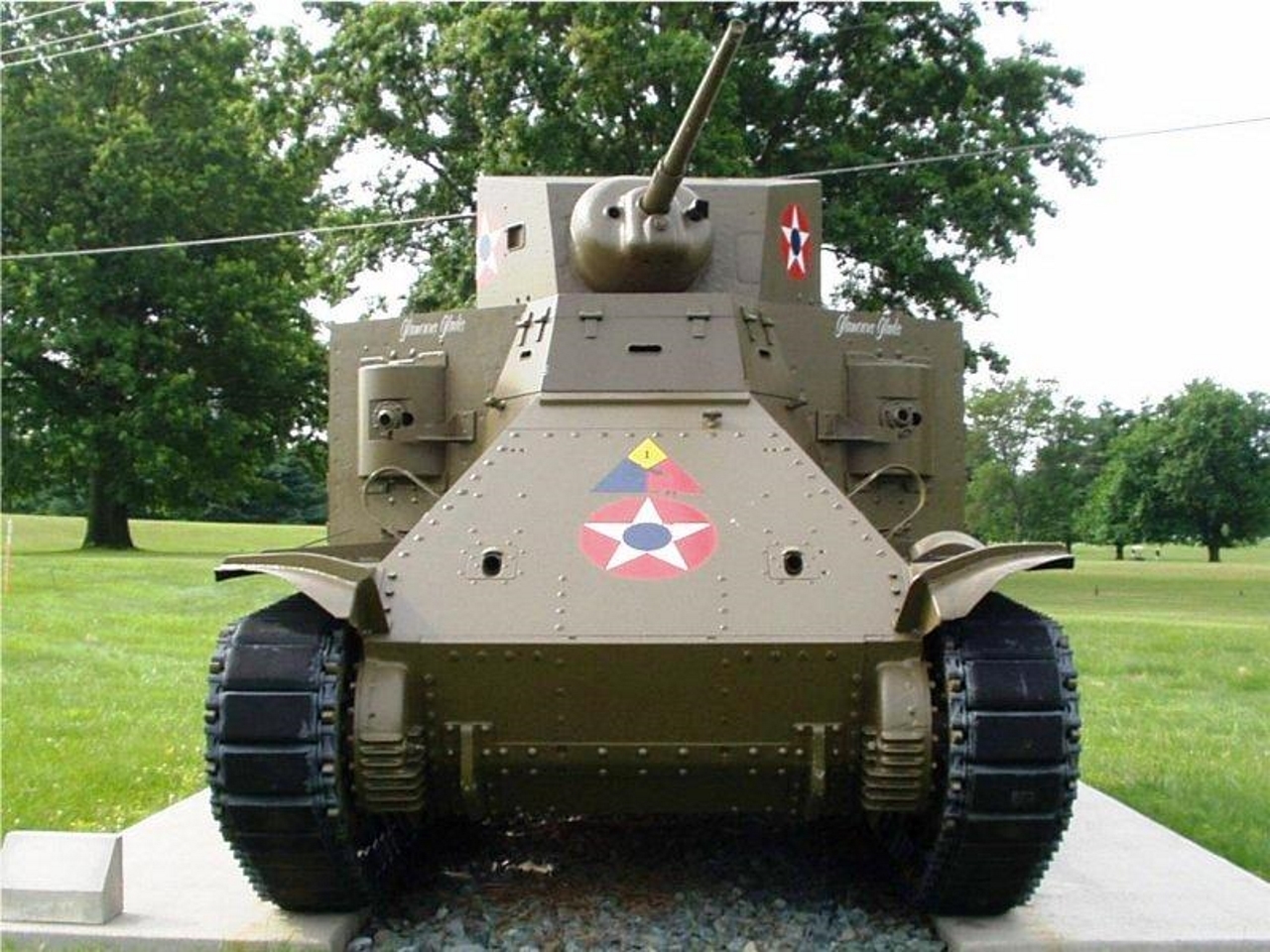 Den M2 lystank, officially Light Tank, M2, was an American pre–World War II light tank which saw limited use during World War II. The most common model, the M2A4, was equipped with one 37 mm (1.5 in) M5 gun and five .30 cal M1919 Browning machine guns. It was originally developed from the prototype T2 light tank built by Rock Island Arsenal, which had a Vickers-type leaf spring suspension. The suspension was replaced by the superior vertical volute system in the T2E1 series of 1935. This was put into production with minor modifications as the M2A1 in 1936, with ten produced. The main pre-war version was the M2A2, with 239 produced, becoming the main tank in the US Army infantry units in the interwar period. The Spanish Civil War showed that tanks armed only with machine guns were ineffective. This led to the M2A4 with a 37 mm gun as the main armament. A total of 375 were delivered, the last ten as late as April 1942.