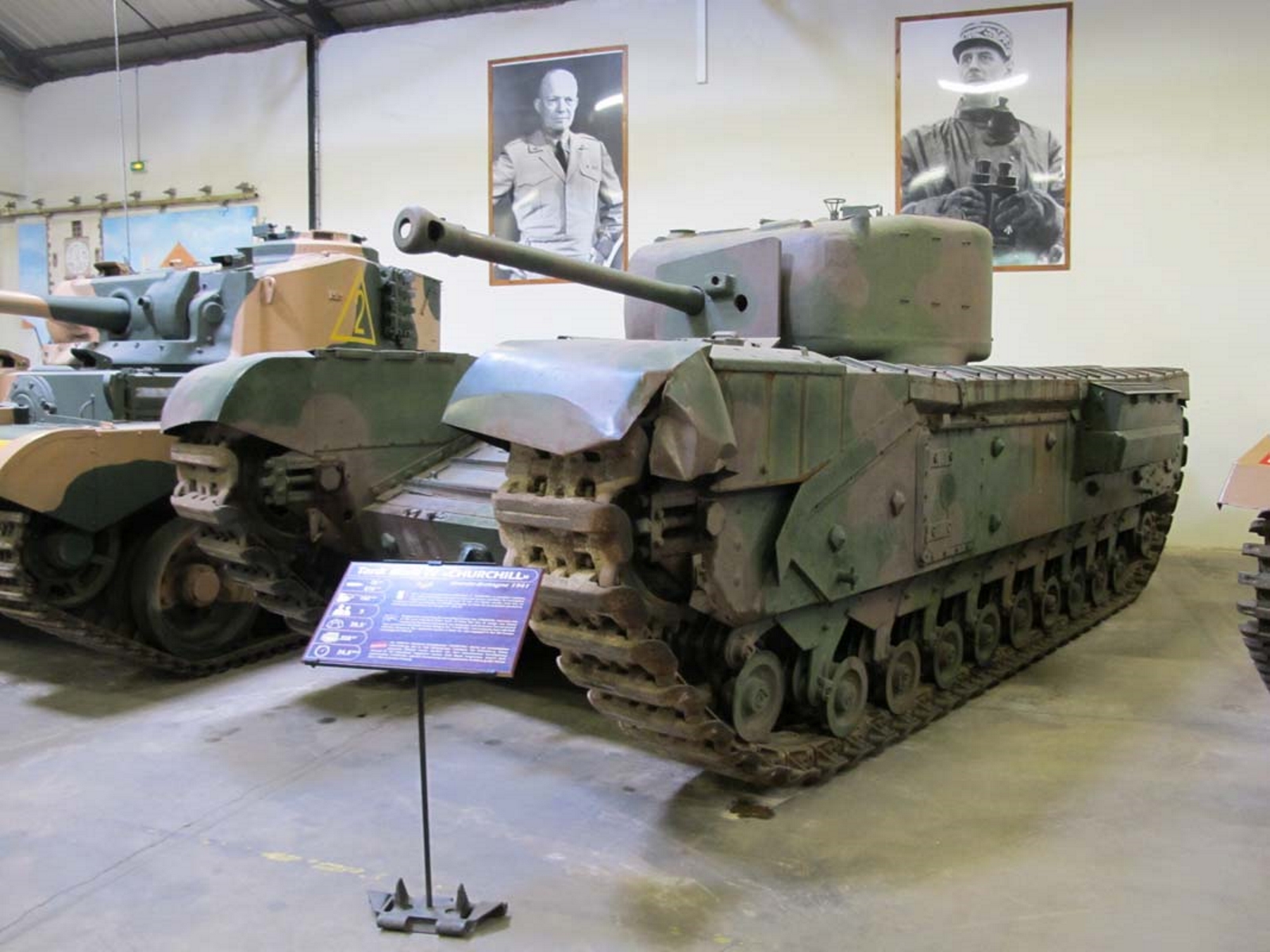 The Tank, Infantry, Mk IV (A22) Churchill) was a British heavy infantry tank used in the Second World War, best known for its heavy armour, large longitudinal chassis with all-around tracks with multiple bogies, its ability to climb steep slopes, and its use as the basis of many specialist vehicles. It was one of the heaviest Allied tanks of the war. The origins of the design lay in the expectation that war in Europe might be fought under similar conditions to those of the First World War, and emphasized the ability to cross difficult ground. The Churchill was rushed into production to build up British defences against a possible German invasion. The first vehicles had flaws that had to be overcome before the Churchill was accepted for wide use. After several marks had been built, a better armoured version, the Mark VII, entered service.