사진 galery 의 SU-100, The SU-100 (Samokhodnaya ustanovka 100) was a Soviet tank destroyer armed with a powerful 100 mm anti-tank gun in a casemate superstructure. It was used extensively during the last year of World War II and saw service for many years afterwards with the armies of Soviet allies around the world. 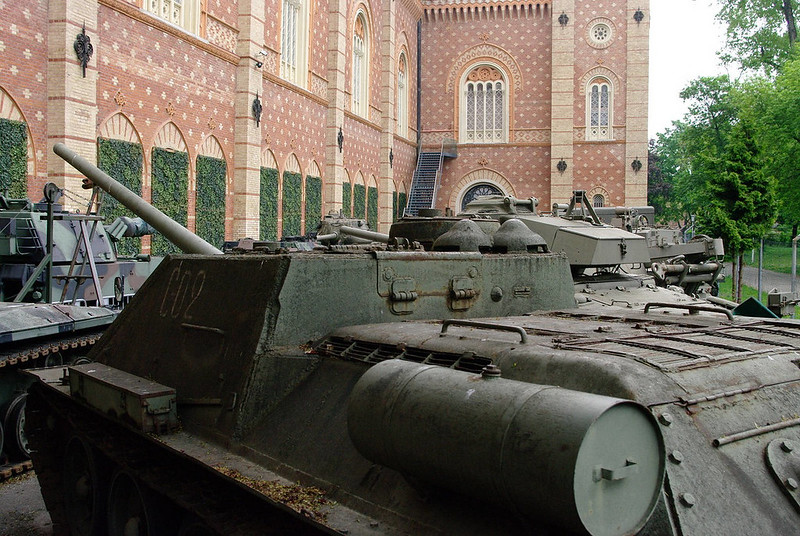 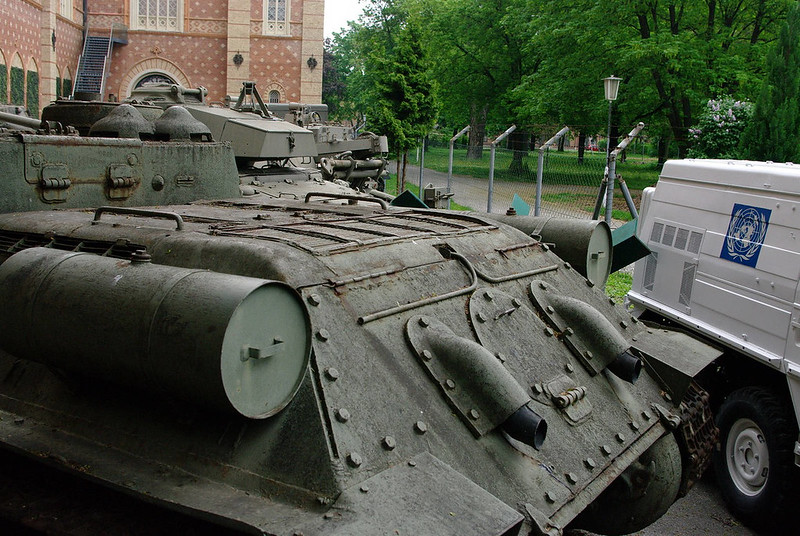 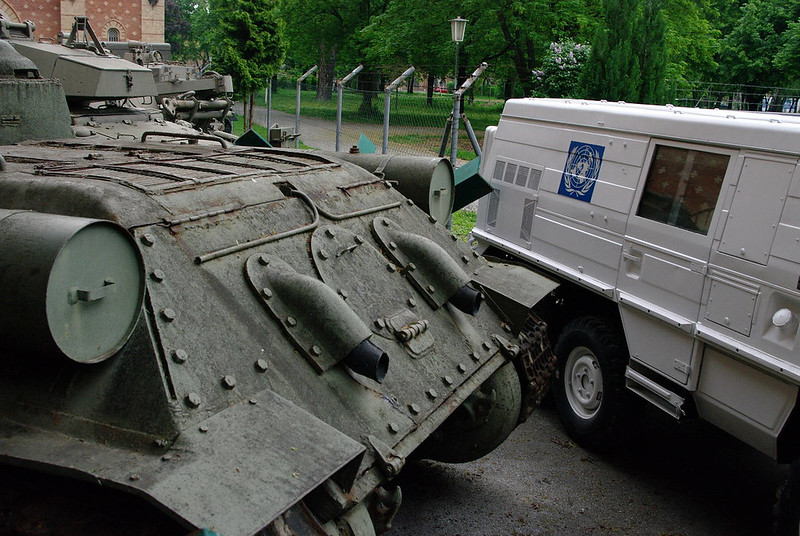 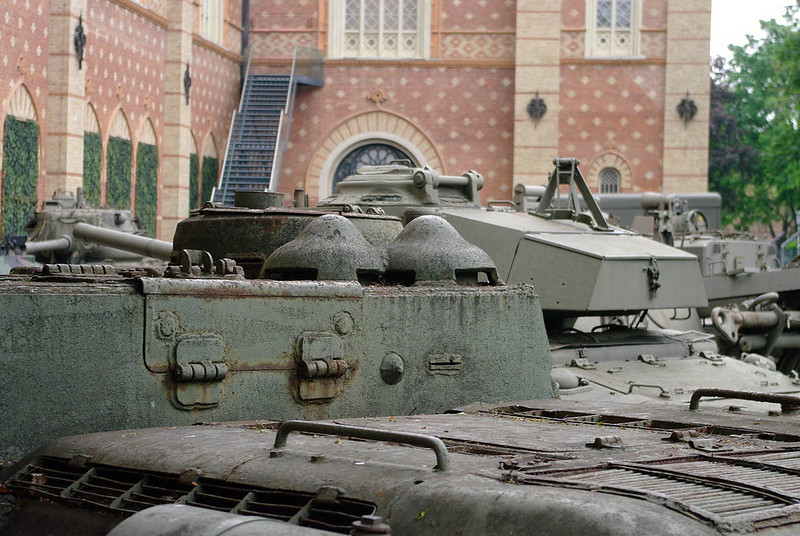 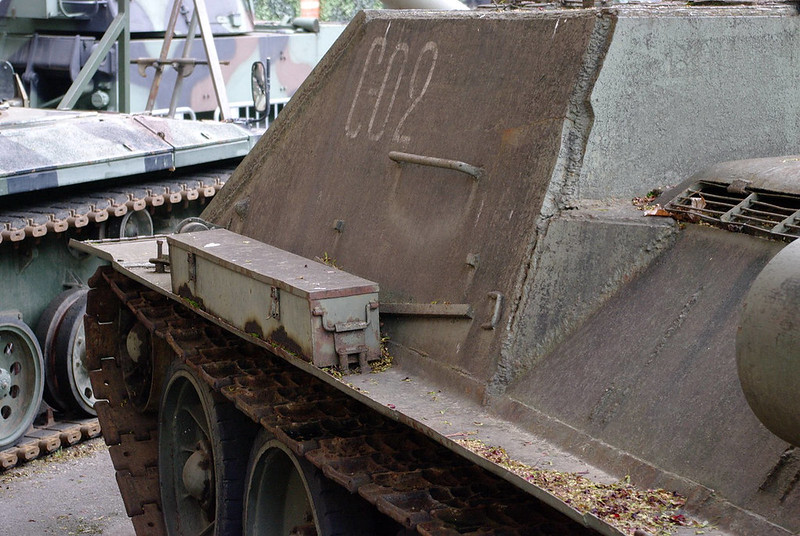 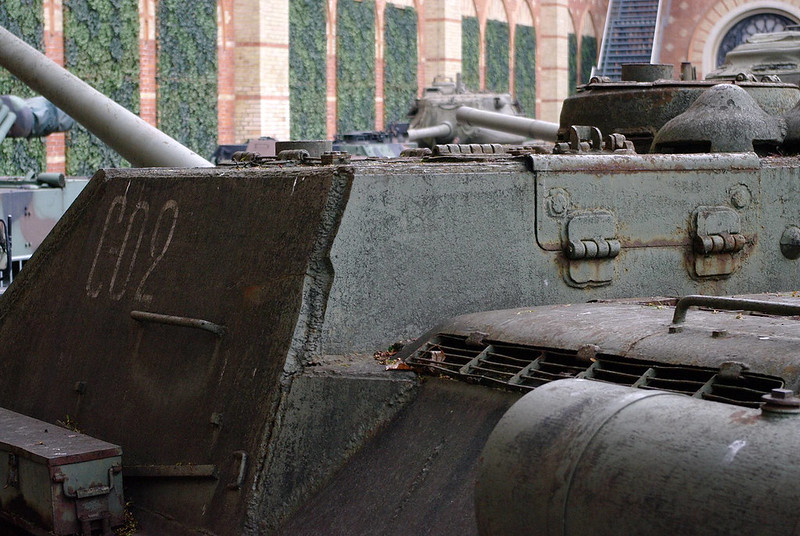 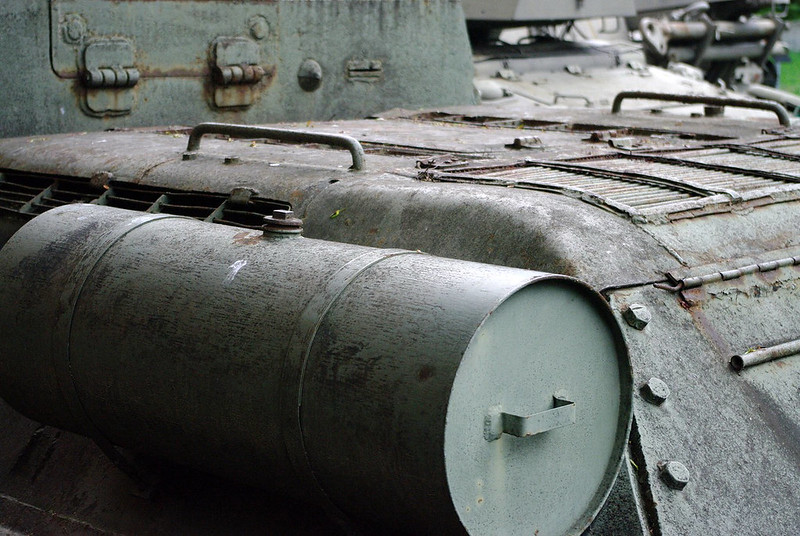 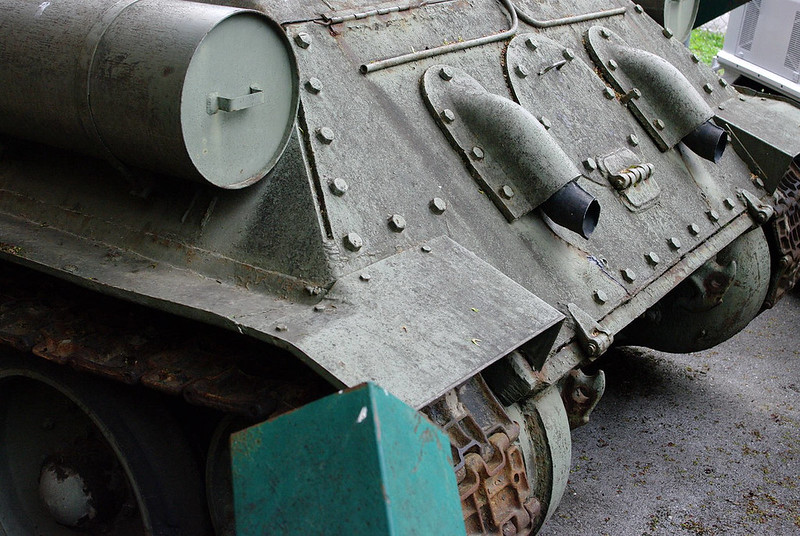 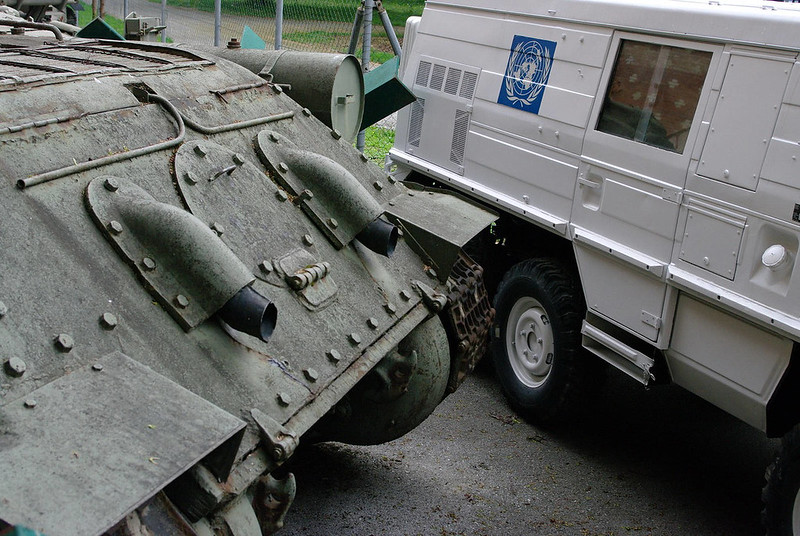