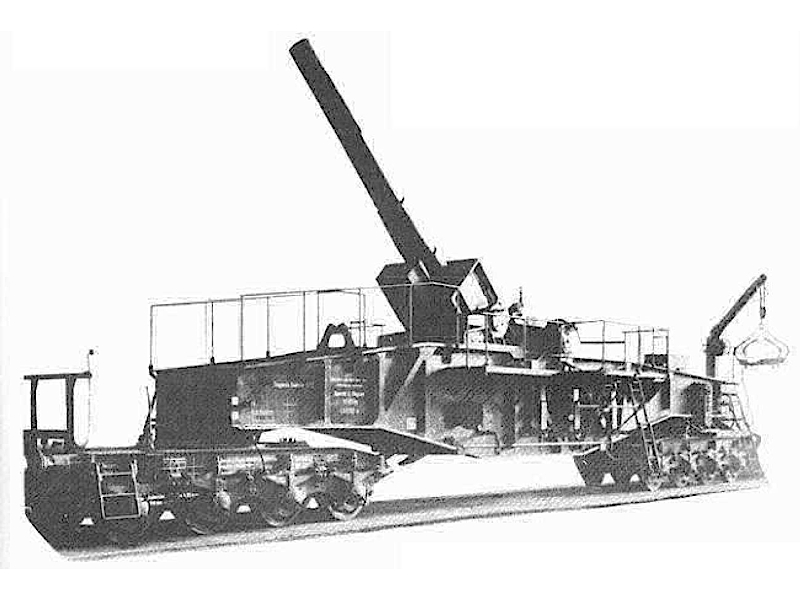 Tthe Krupp 28-cm-Kanone 5 (E), in short K5, was a heavy railway gun used by Germany throughout World War II. The Krupp K5 series were consistent in mounting a 21.5 metres (71 ft) long gun barrel in a fixed mounting with only vertical elevation of the weapon. This gondola was then mounted on a pair of 12-wheel bogies designed to be operated on commercial and military rails built to German standards. This mounting did not permit any degree of horizontal traverse, but instead the carriage had to be aligned on the rails first, with only minimal fine leveling capable once halted. Hence the gun could only fire at targets tangential to an existing railway track.

더 많은 사진
Wait, Searching Canon Krupp K5 photos for you for you…