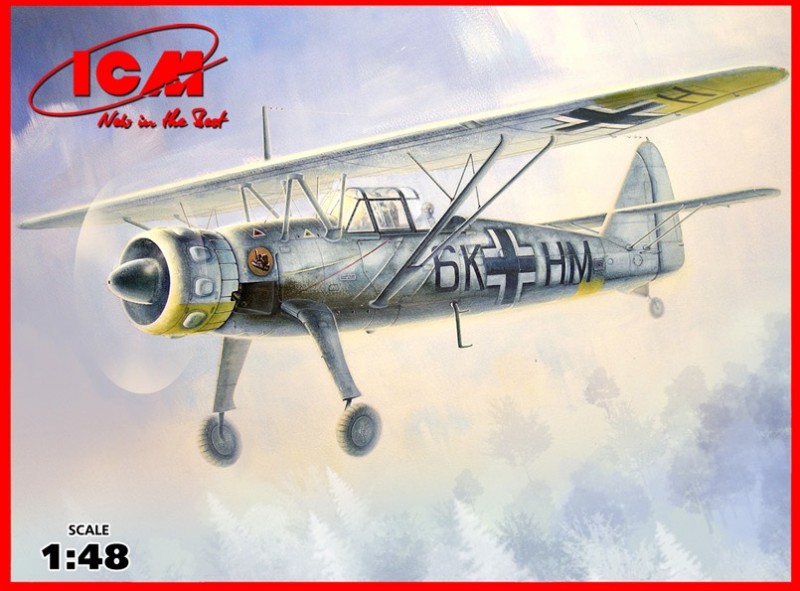 The main short-ranged reconnaissance and artillery fire correcting plane of the German Luftwaffe on the initial stage of WWII was Henschel Hs 126. Hs 126 planes took part in early war Wehrmacht campaigns: in Poland, France, Greece, Yugoslavia. In the Soviet-German front they were in service up to the middle of 1942. This particular kit is the very first attempt of ICM to release Hs 126B injection molded plastic kit in 1:48 scale into the market Highly detailed Bramo 323 engine and cockpit interior 3 versions decal sheet included