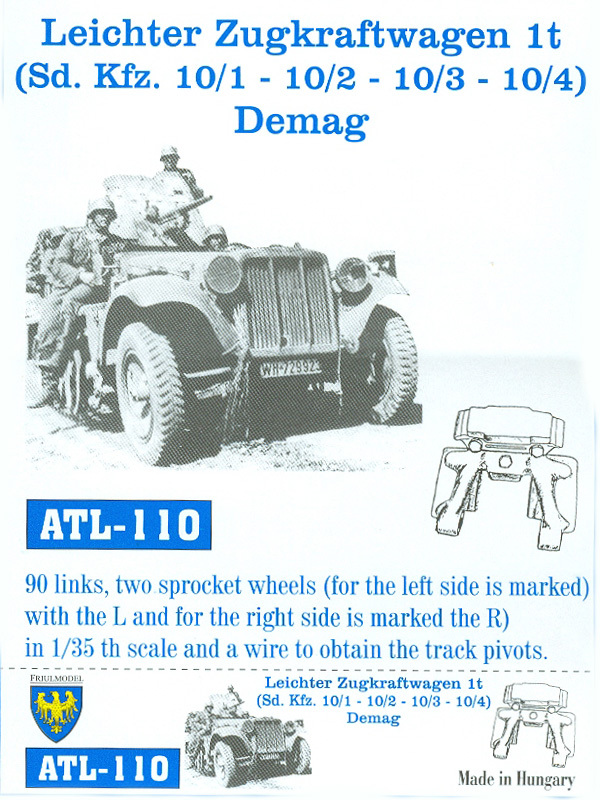 The SdKfz 10 (Sonderkraftfahrzeug 10) was a German halftrack used during World War II. He could carry eight men and tow anti-tank guns. About 17,000 copies were produced between 1937 and 1944. The concept on which the vehicle was based was further developed with the SdKfz 250.

Wait, Searching FRIULMODEL for you...

Search on eBay
Search for what you need, We suggest this but it is you who decide
[ae_affiliate_byphil keyword=”Zugkraftwagen”] ...