Den T-26 tank was a Soviet light infantry tank used during many conflicts of the 1930s and in World War II. It was a development of the British Vickers 6-Ton tank and was one of the most successful tank designs of the 1930s until its light armour became vulnerable to newer anti-tank guns. It was produced in greater numbers than any other tank of the period, with more than 11,000 units manufactured. During the 1930s, the USSR developed 53 variants of the T-26, including flame-throwing tanks, combat engineer vehicles, remotely controlled tanks, self-propelled guns, artillery tractors, and armoured carriers. Twenty-three of these were series-produced, others were experimental models. 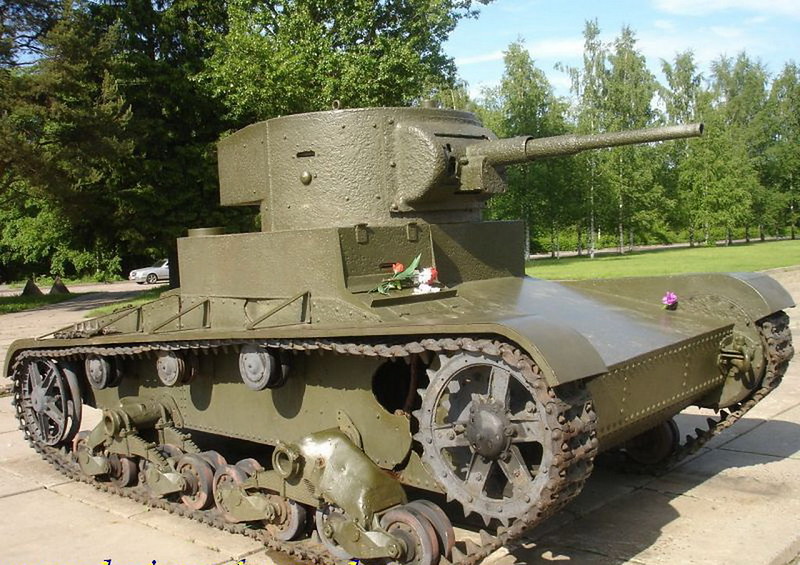 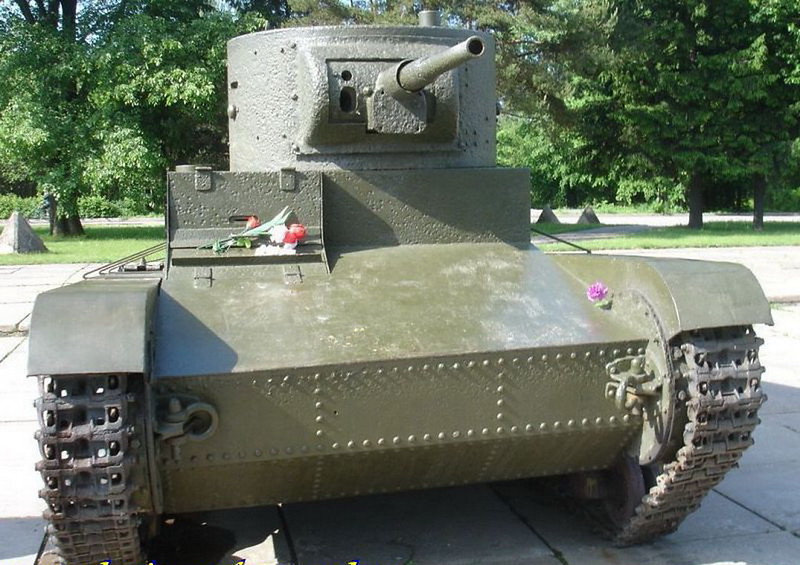 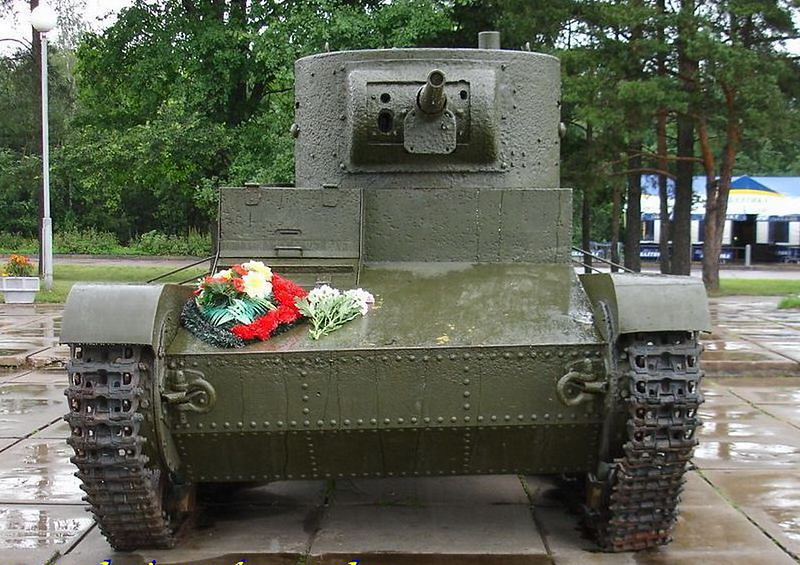 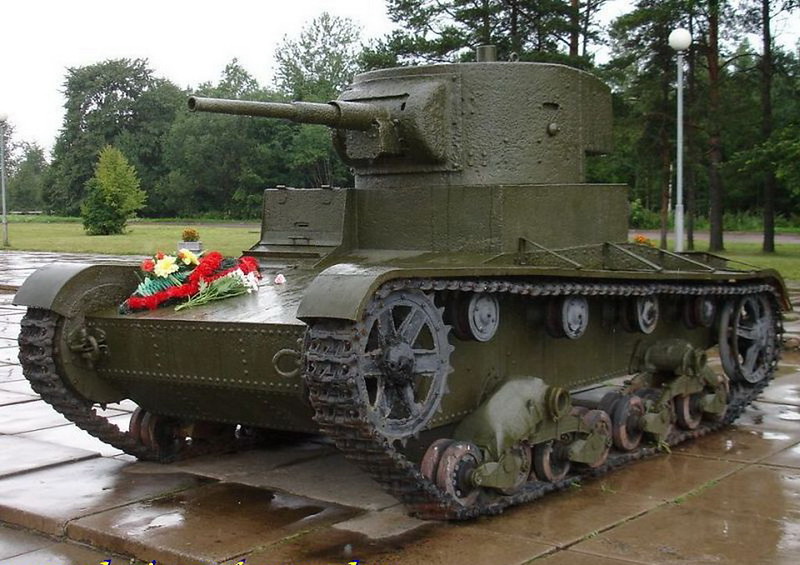 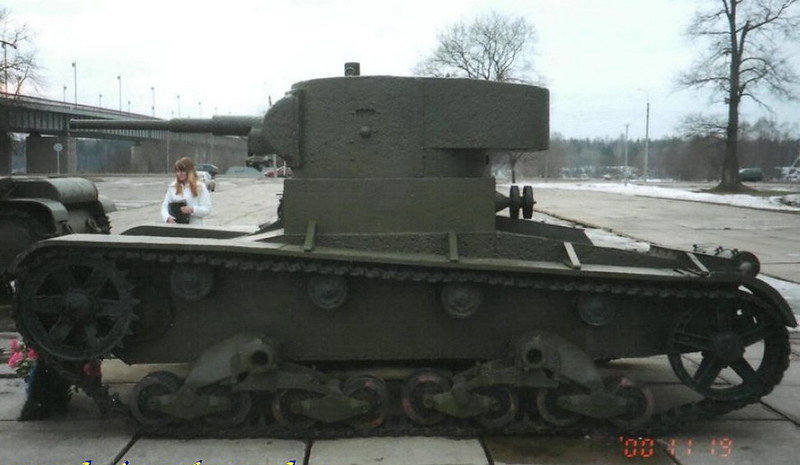 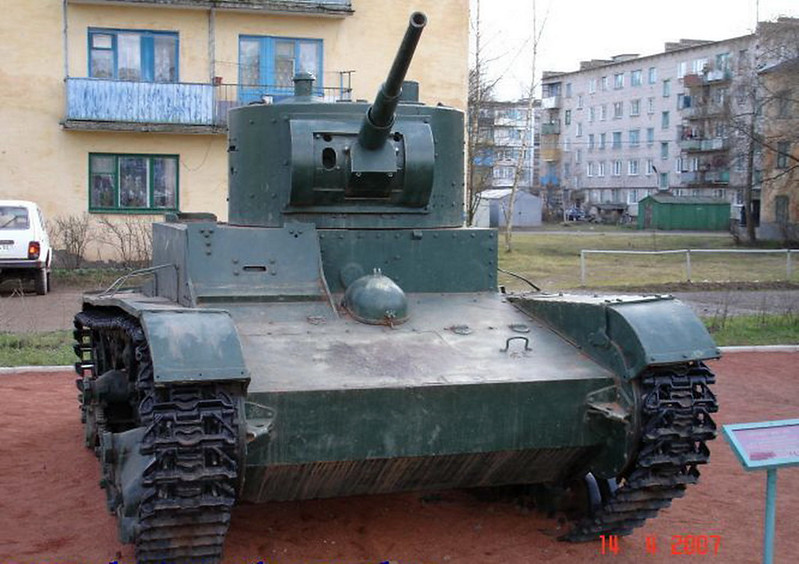 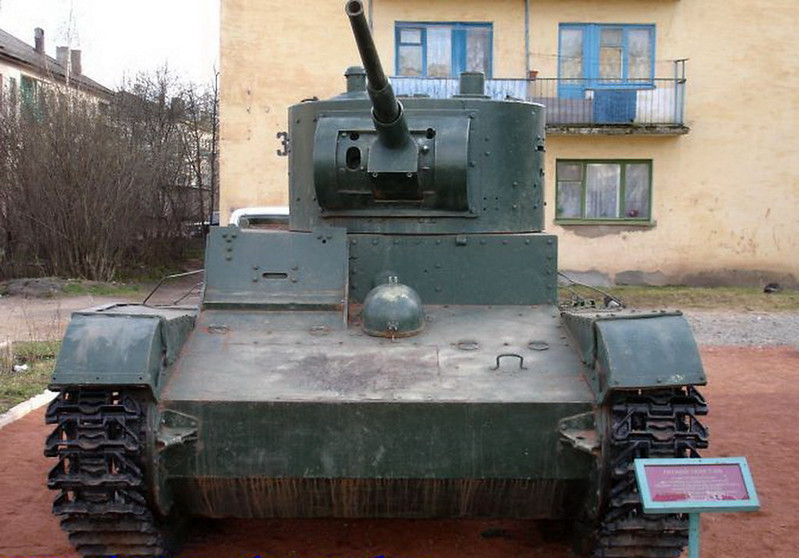 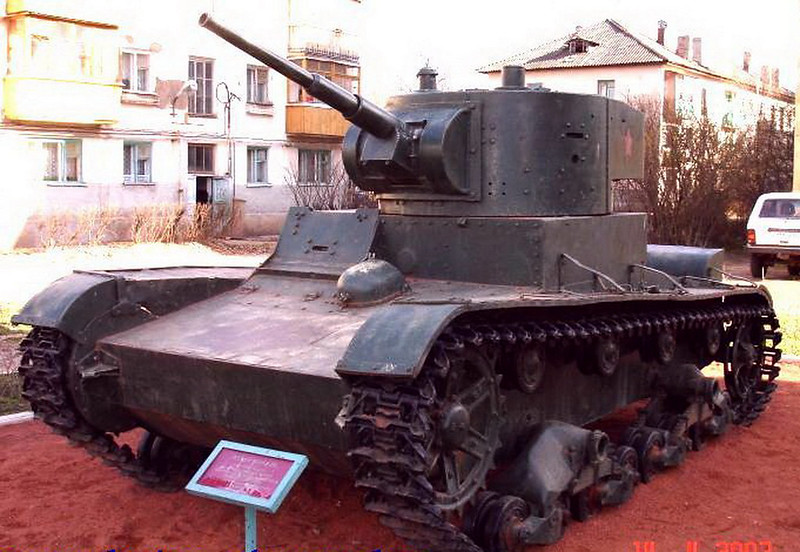 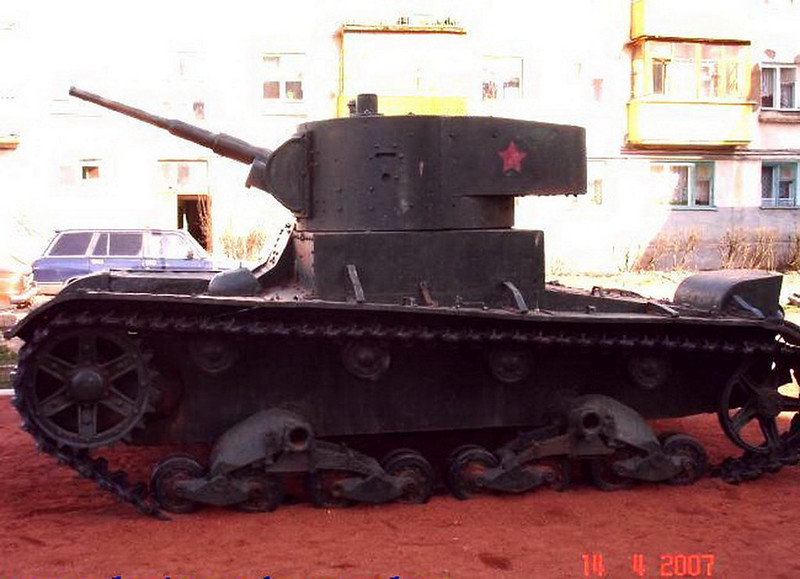 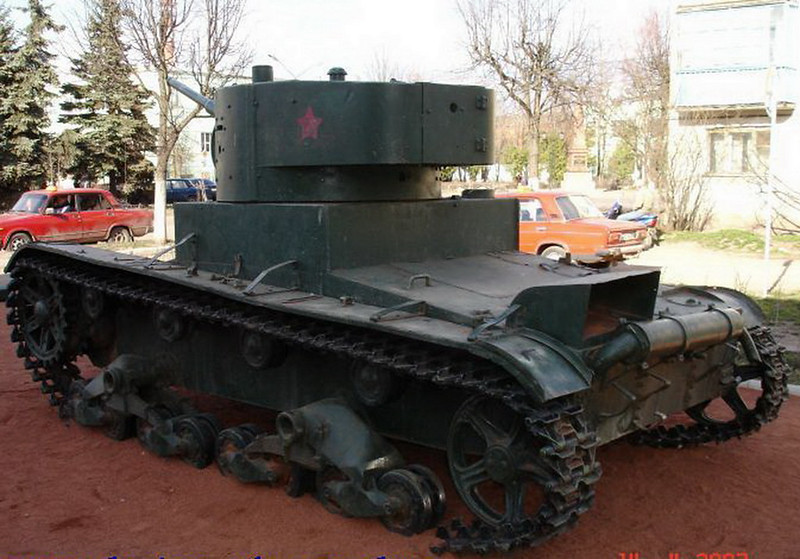 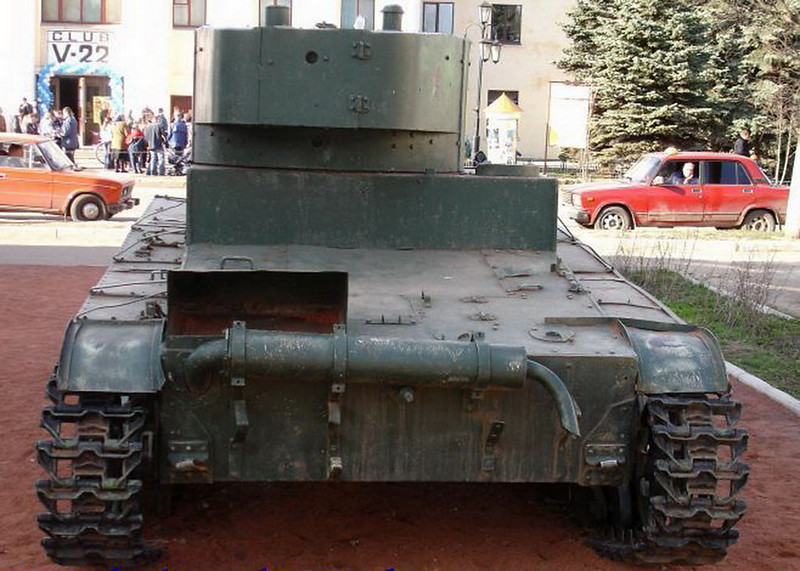 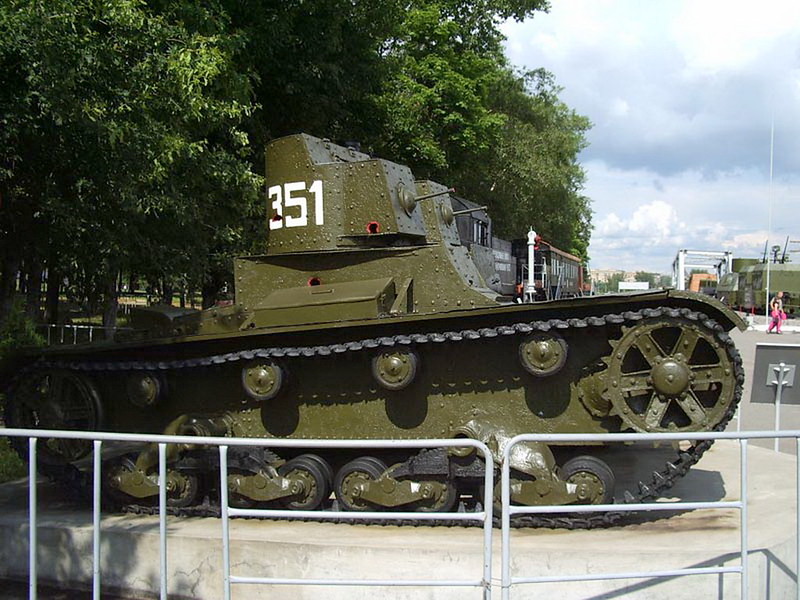 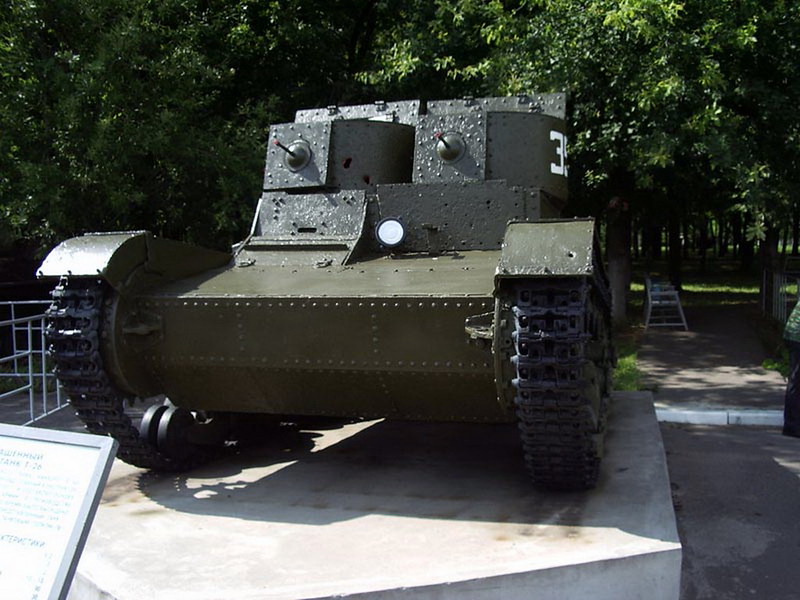 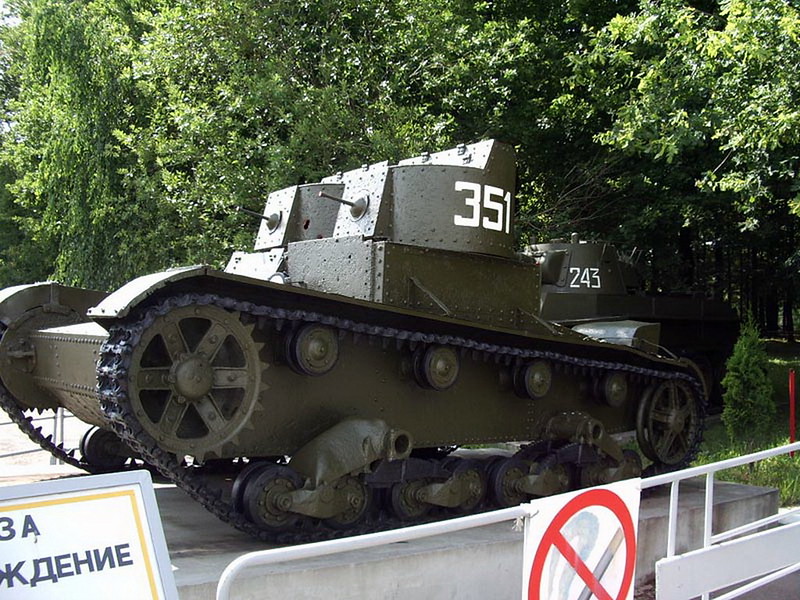 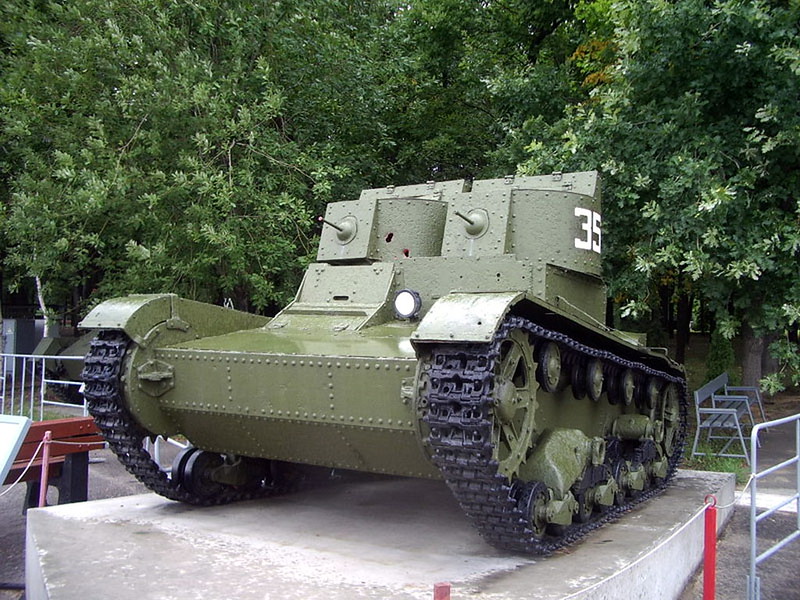