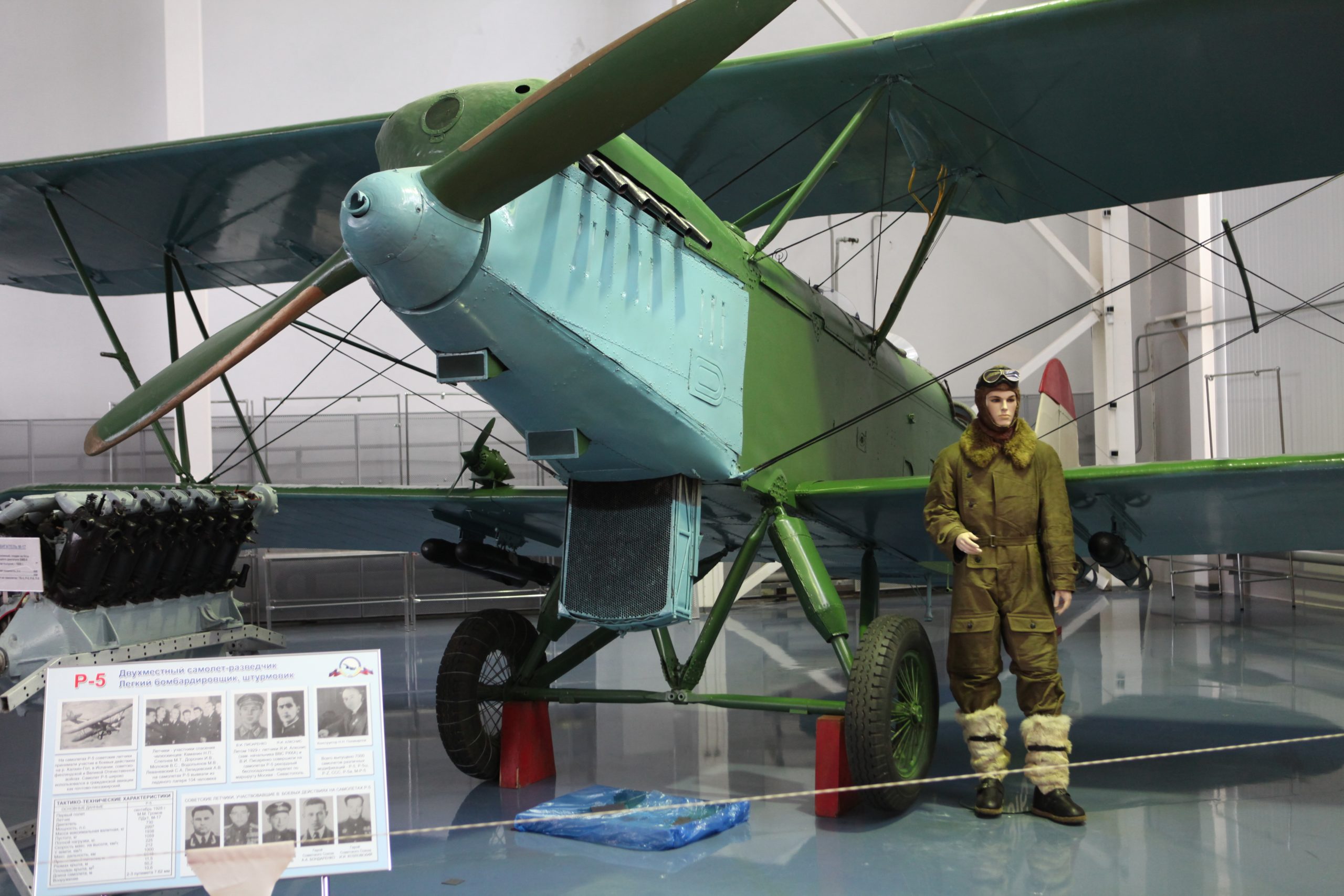 Tá Polikarpov R-5 was a Soviet reconnaissance bomber aircraft of the 1930s. It was the standard light bomber and reconnaissance aircraft with the Soviet Air Force for much of the 1930s, while also being used heavily as a civilian light transport, in the order of 7,000 being built in total. The R-5 was developed by the design bureau led by Nikolai Nikolaevich Polikarpov as a replacement for the R-1 which served as the standard reconnaissance and light bomber aircraft with the Soviet Air Force. The prototype first flew in autumn 1928, powered by an imported German BMW VI V-12 engine. It was an unequal span single bay biplane of mainly wooden construction. After extensive evaluation, the R-5 entered production in 1930, powered by Mikulin M-17s, a licence built copy of the BMW-VI, as a reconnaissance bomber. Further modified versions were produced to serve as floatplanes, ground attack aircraft and civil transports. The R-5SSS, an improved reconnaissance bomber with improved streamlining, served as the basis for the Polikarpov R-Z, which succeeded the R-5 in production.