The US used 2 main wheeled amphibians during WWII: the 1/4-ton GPA and the 2-1/2 ton 鸭子. Although the former was a Ford Motor Company product and the later carried the label of arch-rival General Motors, the 2 bore a similarity due to their common designer – Roderick Stephens. Despite their shared origins and cutting-edge design, the GPA and DUKW had vastly contrasting careers. Production of the GPA, essentially an amphibious Jeep, ended in 1943, just as the career of the 鸭子, a virtual aquatic truck, was on its way to becoming the ‘gold standard’ by which other amphibians are measured to this day. After taking part in the Allied invasion of Sicily in July 1943, the DUKW went on to see action in nearly every other American amphibious landing in WWII and came back to see service during the Korean War as well. Illustrated with 263 high quality photographs, color art, and profiles. Doyle; 80 pages. 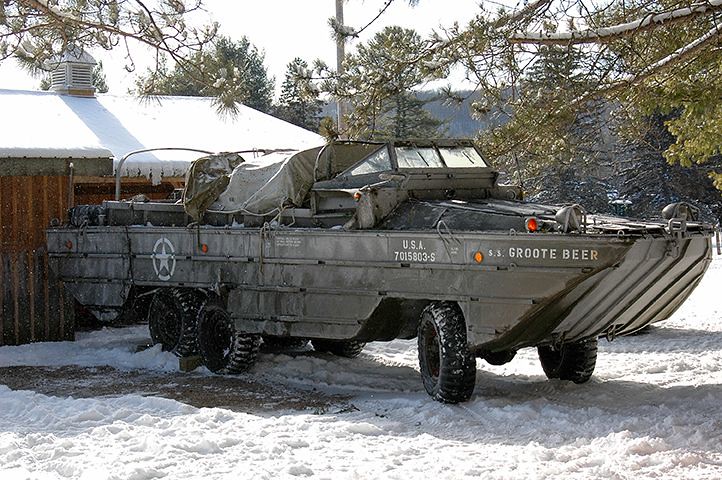