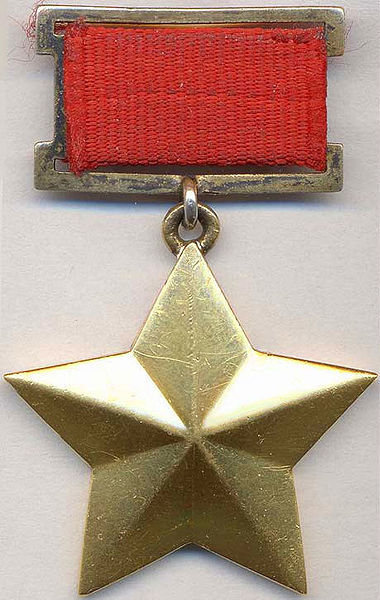 The title Hero of the Soviet Union was the highest distinction in the Soviet Union, awarded personally or collectively for heroic feats in service to the Soviet state and society. The award was established on May 5, 1934, by the Central Executive Committee of the Soviet Union. The first recipients of the title originally received only the Order of Lenin, the highest Soviet award, along with certificate (грамота, gramota) describing the heroic deed from the Presidium of the Supreme Soviet of the USSR. Because the Order of Lenin could be awarded for deeds not qualifying for the title of hero, and to distinguish heroes from other Order of Lenin holders, the Gold Star medal was introduced on August 1, 1939. Earlier heroes were retroactively eligible for these items. The title was also given posthumously, though often without the actual Gold Star medal given. The title could be revoked only by the Presidium of the Supreme Soviet.