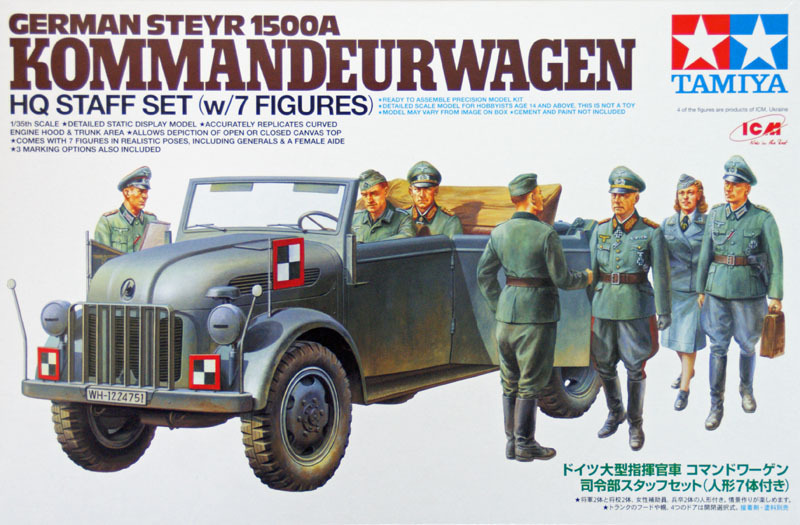 You can choose to assemble the roof, trunk’s lid, and all four doors in either open or closed positions. The seats have a realistic textured finish. Kit includes a total of 7 figures to enable instant diorama creation straight from the box: 3 Tamiya figures (a standing officer, a seated driver, and a seated general officer) 4 ICM figures (a general officer, an adjutant, a female assistant, and a common soldier)

During WWII, the German army produced many different variants of the Steyr Type 1500A light vehicle. One of these variants was the Kommandeurwagen, which was used as a staff car to transport high ranking officers and commanders. Fitted with an 85hp engine, it had a maximum speed of 100km/h on paved roads. It was equipped with a front torsion bar and rear leaf spring suspension system and was appointed with leather seats. The Tamiya 1/35 scale plastic model kit faithfully brings all the details of the Steyr to life.

Search on eBay
Search for what you need, We suggest this but it is you who decide
Find items about "Military Trucks" on AliExpresS (c):