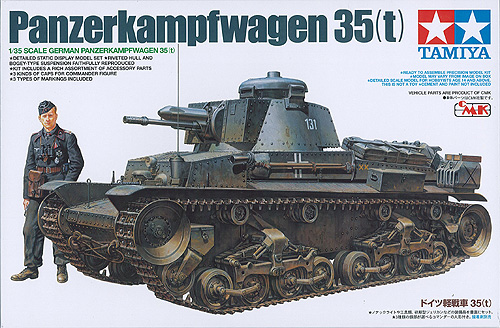 Following Germany’s annexation of Czechoslovakia, the German army modified various Czech-made military hardware and pressed them into service. Among these was the LTvz.35 light tank built by Skoda, which was re-designated as the Pz.Kpfw.35(t). With an armament of one 37mm main gun and two 7.92mm machine guns and a 120hp liquid-cooled gasoline engine enabling a maximum speed of 34km/h, this light tank’s capabilities were on par with the German army’s Panzer III medium tanks. At the start of WWII, the 6th Panzer Division was equipped with about 200 of these tanks and they were used during the invasions of Poland and France, as well as the early stages of the invasion of Russia.

Search on eBay
Search for what you need, We suggest this but it is you who decide
Find items about "Panzers" on AliExpresS :