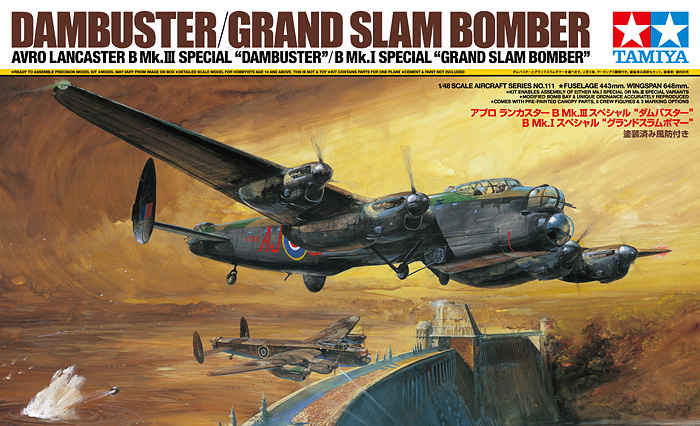 Kit includes parts to depict the Lancaster as either a Mk.I Grand Slam or a Mk.III Dambuster variant. Based on the latest research information, details such as early-type propellers and late-type front canopy have been faithfully depicted. Parts for two Merlin engines are included. Engine nacelles can be depicted in either open or closed state. The gun turrets are all movable. Pre-painted as well as unpainted canopy parts are included. Comes with 3 marking options and 5 crew figures.

The Avro Lancaster was one of the RAF’s main heavy bombers during WWII. Among the many variants, the Mk.III “Dambuster” and Mk.I “Grand Slam Bomber” were best known and the most famous. The “Dambuster” was modified to attack dams in Germany. It was equipped with special bouncing bombs which would skip across the water to the dam wall and explode below the surface of water to inflict structural damage. The “Grand Slam Bomber” was designed to carry the 10-ton Grand Slam earthquake bomb and its bomb bay doors and dorsal machine guns were removed to reduce weight in order to do so. These Lancaster’s used the Grand Slam on such important targets such as U-boat bases and rocket manufacturing sites. The Tamiya model faithfully captures all the detail of this historic and famous WWII aircraft in 1/48 scale

Source: Avro Lancaster B Mk.I – B Mk.III on Tamiya 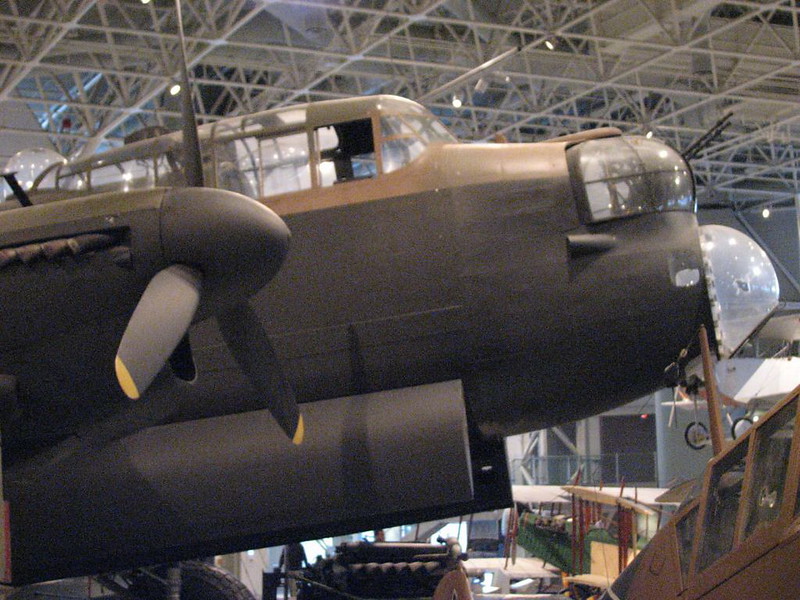 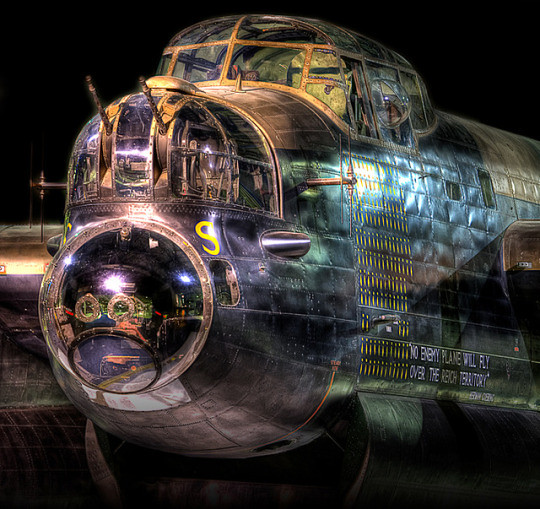 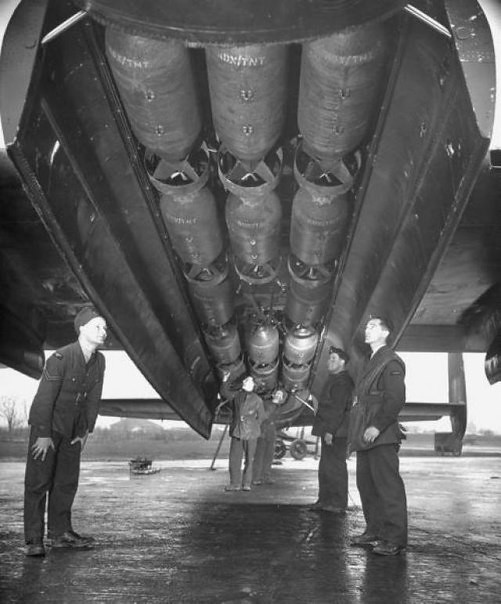 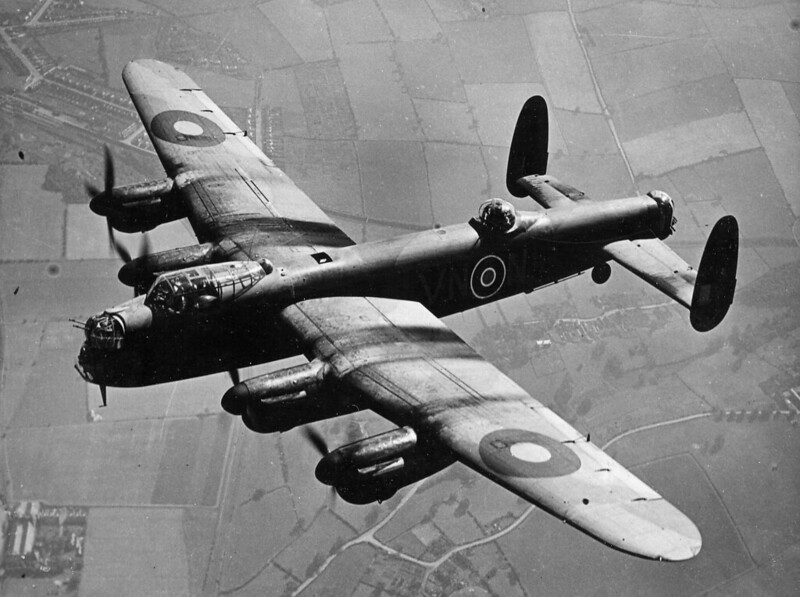 Avro Lancaster of No. 106 Squadron RAF 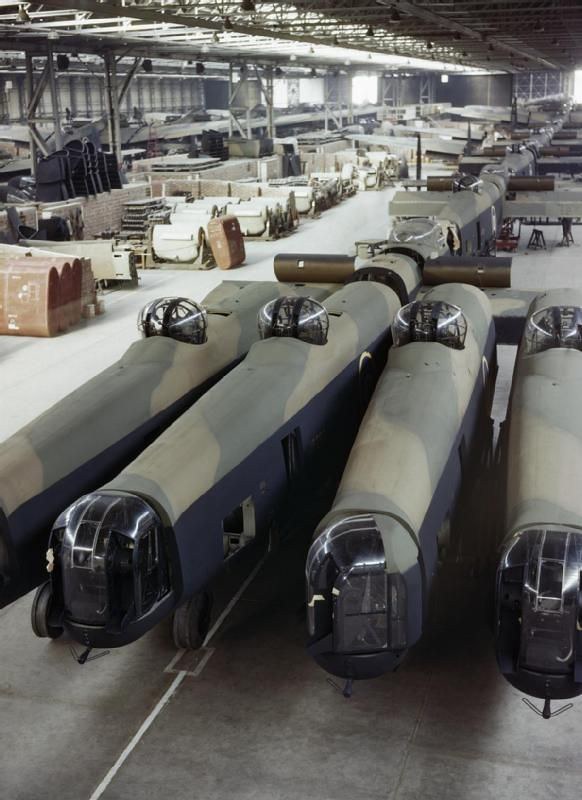 Search on eBay
Search for what you need, We suggest this but it is you who decide
Find items about "Avro Lancaster" on AliExpresS :