Photo gallery of an Universal Carrier Mark II, The Uniwersalny Przewoźnik, also known as the Bren Gun Carrier is a common name describing a family of light armoured tracked vehicles built by Vickers-Armstrong. Produced between 1934 and 1960, the vehicle was used widely by British Commonwealth forces during the Second World War. Universal Carriers were usually used for transporting personnel and equipment, mostly support weapons, or as machine gun platforms. With some 113,000 built in the United Kingdom and abroad, it is the most produced armoured fighting vehicle in history. 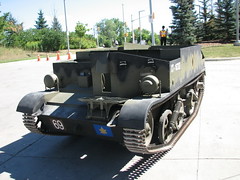 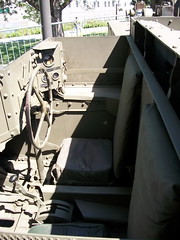 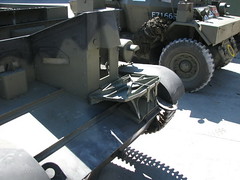 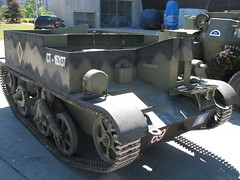 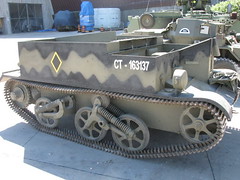 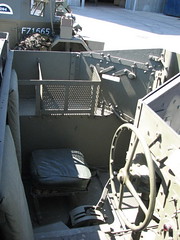