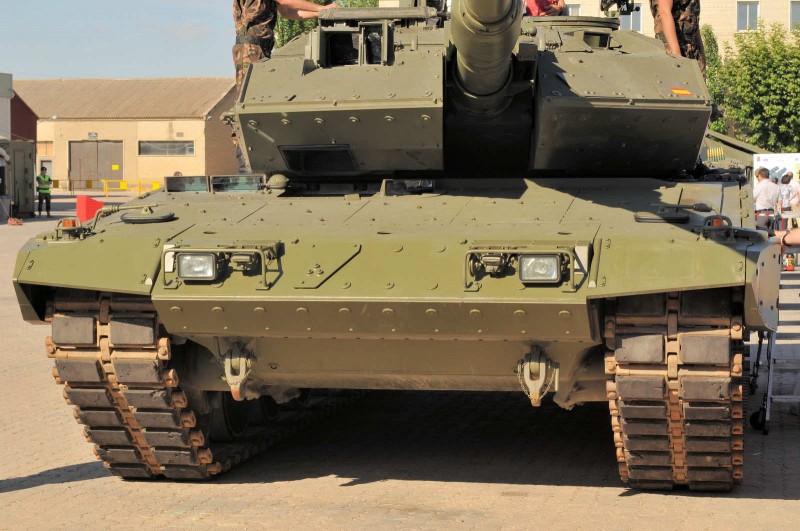 Photo gallery of a Leopard 2E, The Leopard 2e (E stands for España, Spanish for Spain) is a variant of the German Leopard 2 main battle tank, tailored to the requirements of the Spanish army, which acquired it as part of an armament modernization program named Programa Coraza, or Program Breastplate. The acquisition program for the Leopard 2E began in 1994, five years after the cancellation of the Lince tank program that culminated in an agreement to transfer 108 Leopard 2A4s to the Spanish army in 1998 and started the local production of the Leopard 2E in December 2003. Despite postponement of production owing to the 2003 merger between Santa Bárbara Sistemas and General Dynamics, and continued fabrication issues between 2006 and 2007, 219 Leopard 2Es have been delivered to the Spanish army. 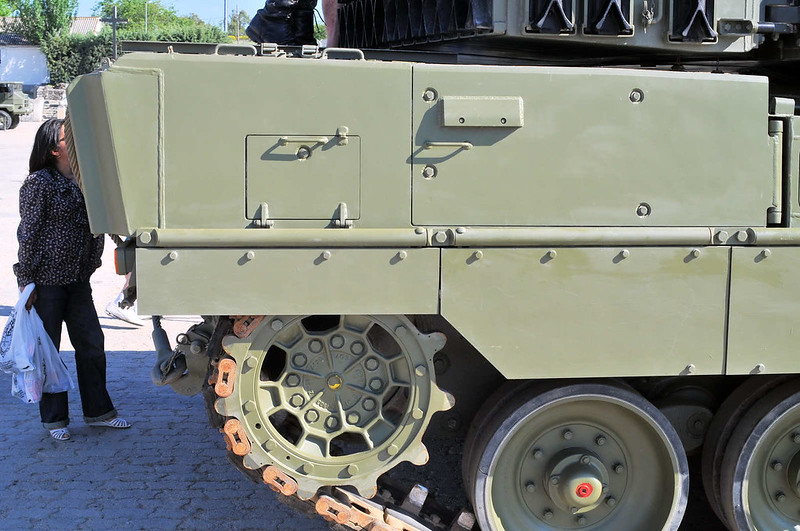 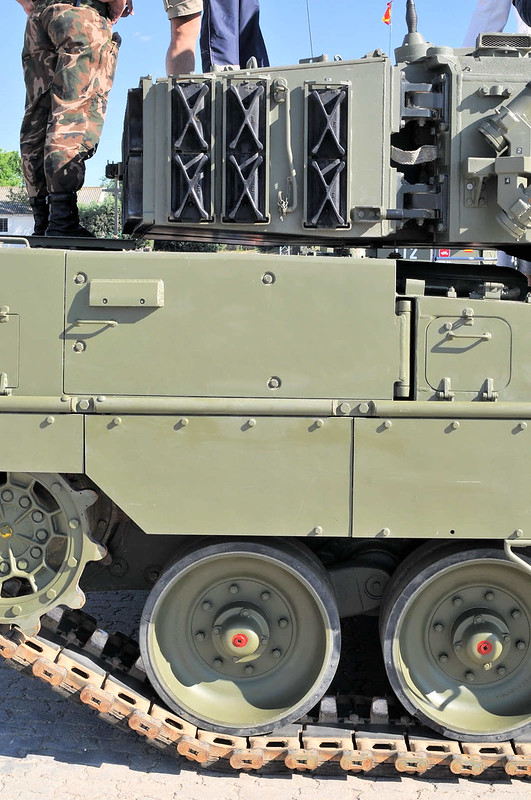 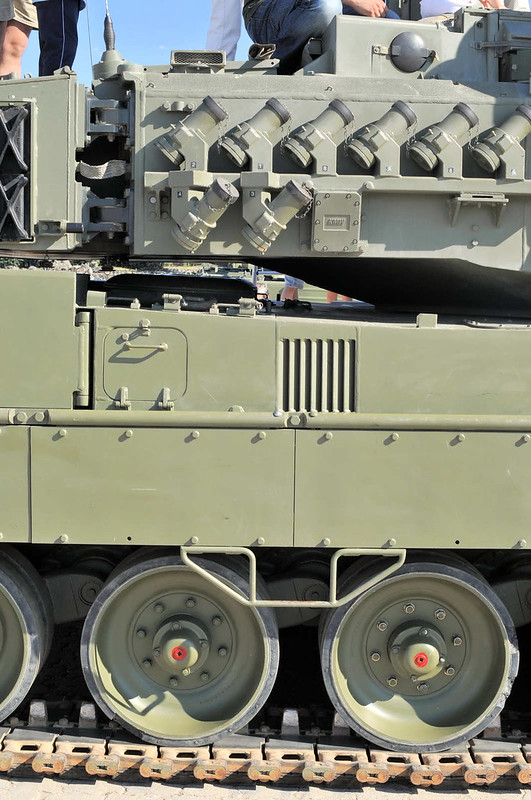 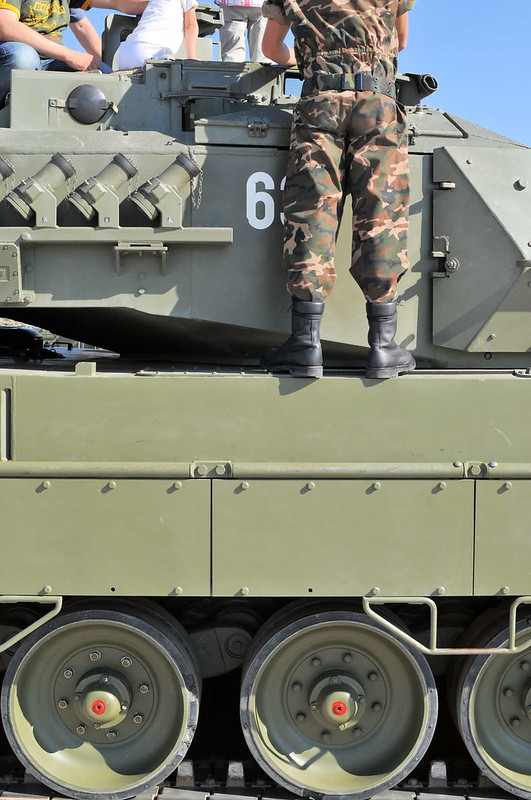 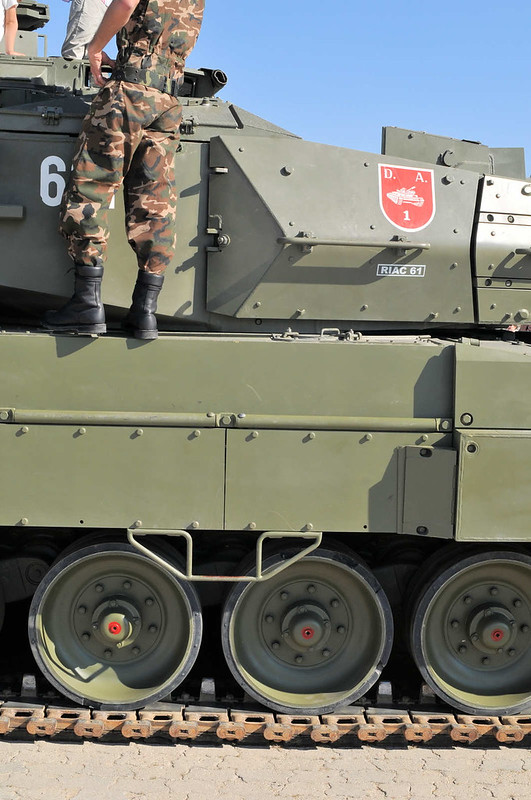 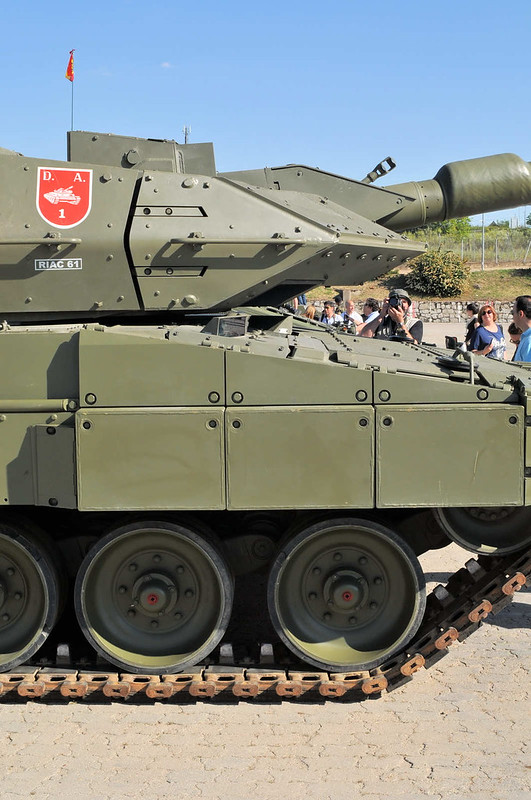 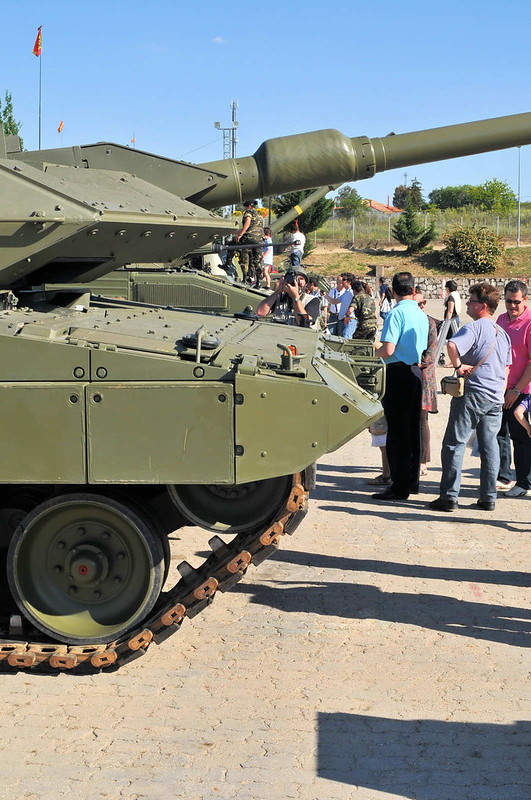 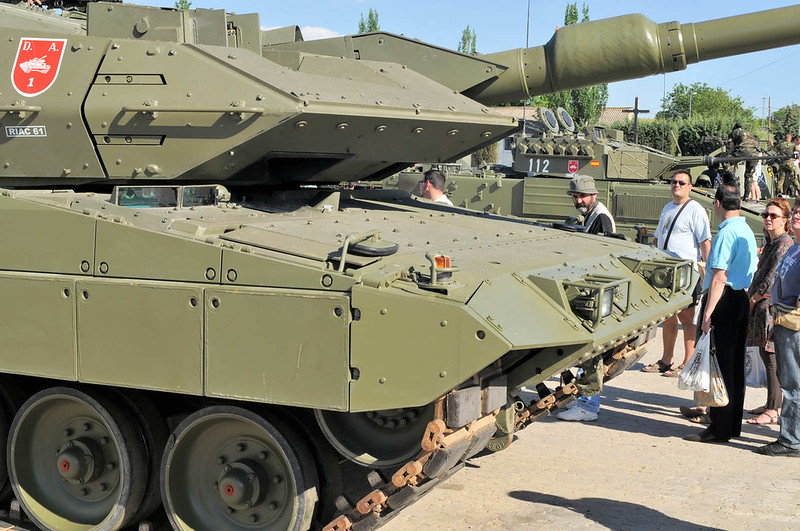 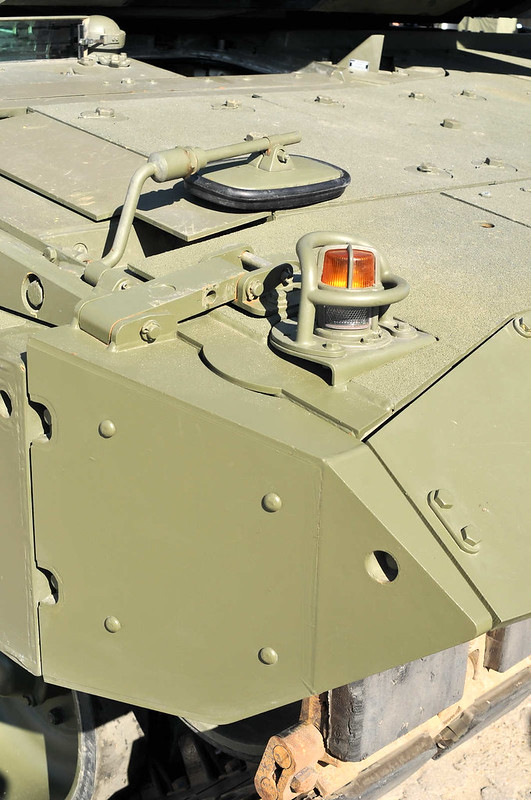