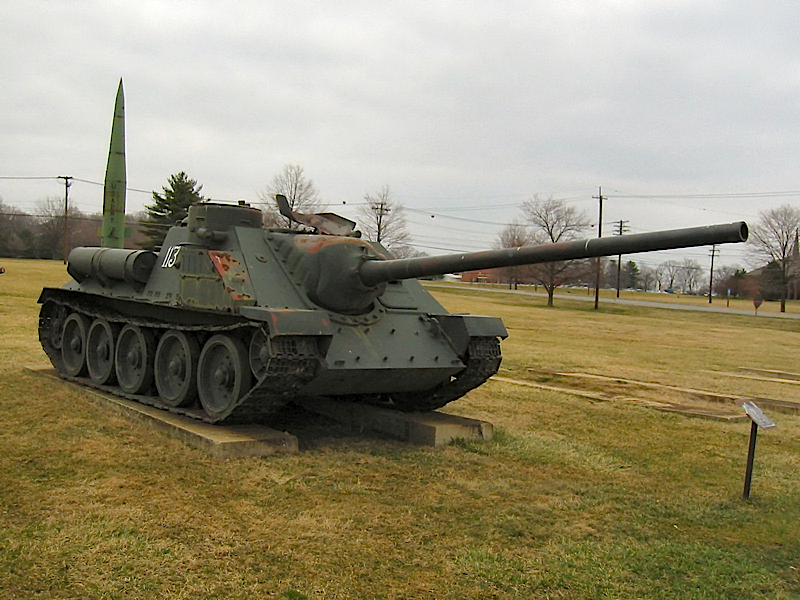 SU-100 tank destroyer on a T-34 base with a 100 mm D-10S part in a front superstructure.
The Soviets, who had already experimented with the construction of self-propelled cannons, both on a truck basis and on a tank basis, produced some Komsomoletz early in the war, based on a 57mm Zis-2 gun mounted on tractor chassis. In 1943, they produced the SU-85 and, at the end of 1944, the SU-100 which combined a powerful cannon on a modern chassis providing full armour. It had the advantage of being relatively cheap to produce and having a cannon a little more powerful than the one that equipped the tank from which it derided, which gave the Russians great flexibility.