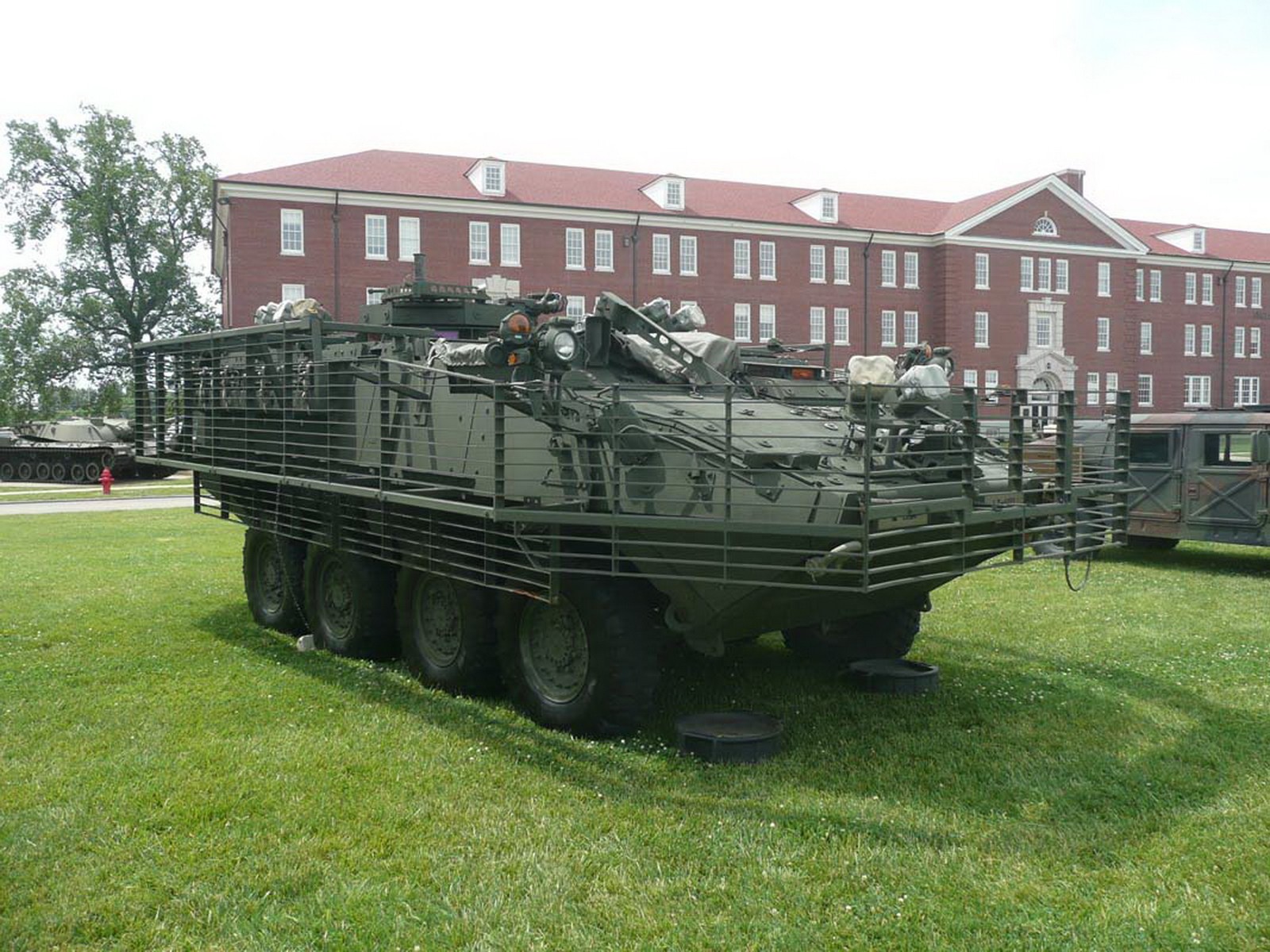 Photo gallery of a Stryker ICV, The M1126 Infantry Carrier Vehicle (ICV) is an armoured personnel carrier and part of the Stryker family of vehicles (derived from the Canadian LAV III/Swiss MOWAG Piranha IIIH 8×8) used by the United States Army. The Infantry Carrier Vehicle provides protected transport and, during dismounted assault, supporting fire for the infantry squad. The Stryker is a full-time four-wheel drive, selectively eight-wheel drive, armoured vehicle weighing approximately 19t which carries an infantry squad with their equipment. On paved roads the vehicle can attain speeds of 62 mph without a governor and 37 mph with a governor. The basic infantry carrier vehicle (ICV) provides armored protection for the two-man crew and a squad of nine soldiers.