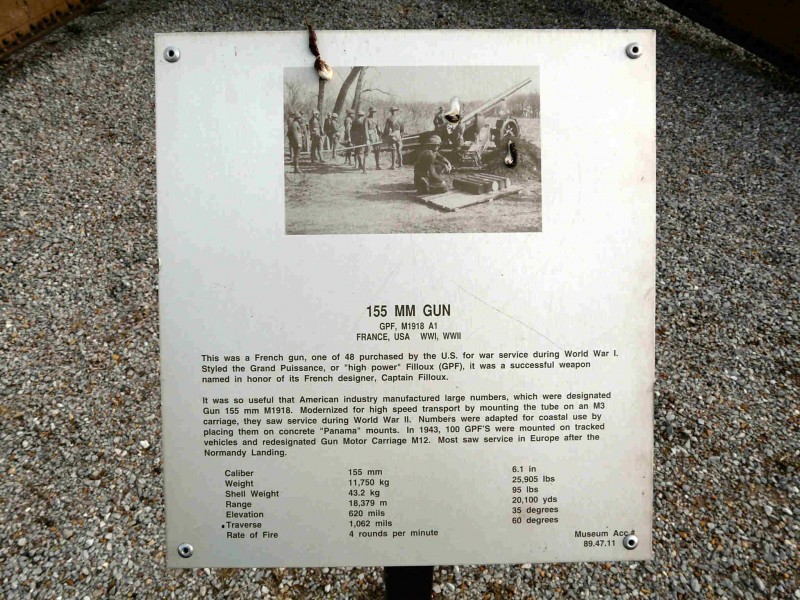 Photo gallery of a M1918A1 155mm Howitzer, This was a French gun, one of the 58 purchased by the U.S. for war service during World War I. Styled the Grand Puissance, or ‘high power’ (GPF), it was successful weapon named in honor of its French designer, Captain Filloux. I was so useful that American industry manufactured large numbers, which were designated Gun 155mm M1918.