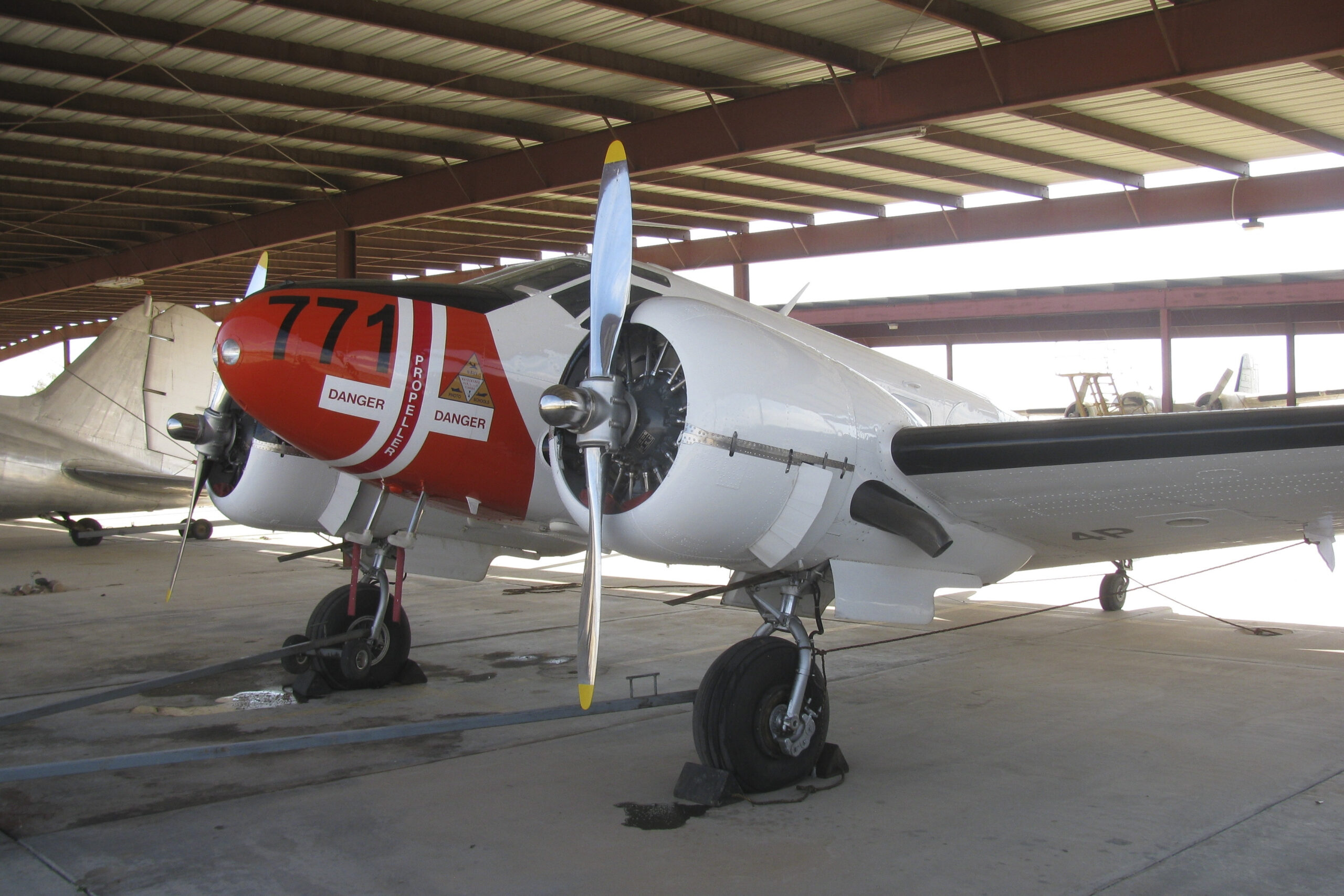 The Beechcraft Model 18 (or “Twin Beech”, as it is also known) is a 6- to 11-seat, twin-engined, low-wing, tailwheel light aircraft manufactured by the Beech Aircraft Corporation of Wichita, Kansas. Continuously produced from 1937 to November 1969 (over 32 years, a world record at the time), over 9,000 were built, making it one of the world’s most widely used light aircraft. Sold worldwide as a civilian executive, utility, cargo aircraft, and passenger airliner on tailwheels, nosewheels, skis, or floats, it was also used as a military aircraft.

Search on eBay
Search for what you need, We suggest this but it is you who decide
...
Wait, Searching Beechcraft Model 18 for you…