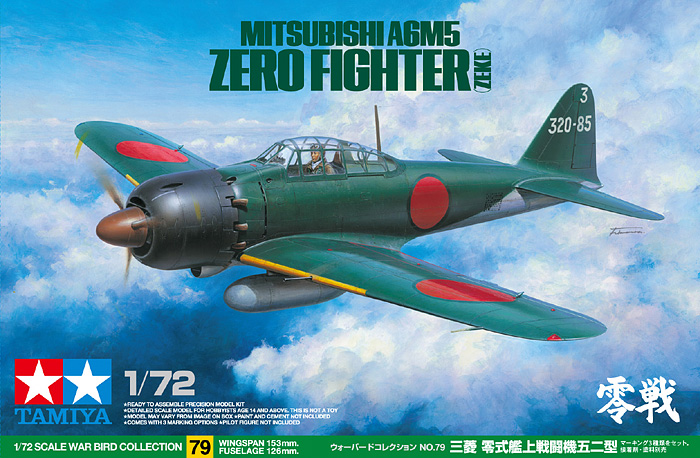 The Mitsubishi A6M Zero was the Japanese Navy’s mainstay fighter throughout WWII. The A6M5 (Model 52) variant followed the A6M3 (Model 22) and was developed to counter the ever more powerful American fighters. This variant featured an exhaust system which provided a small amount of thrust and rounded wingtips which improved dive and roll performance as well as maximum speed. It was first introduced in the autumn of 1943 and went on to serve valiantly until the end of the war.