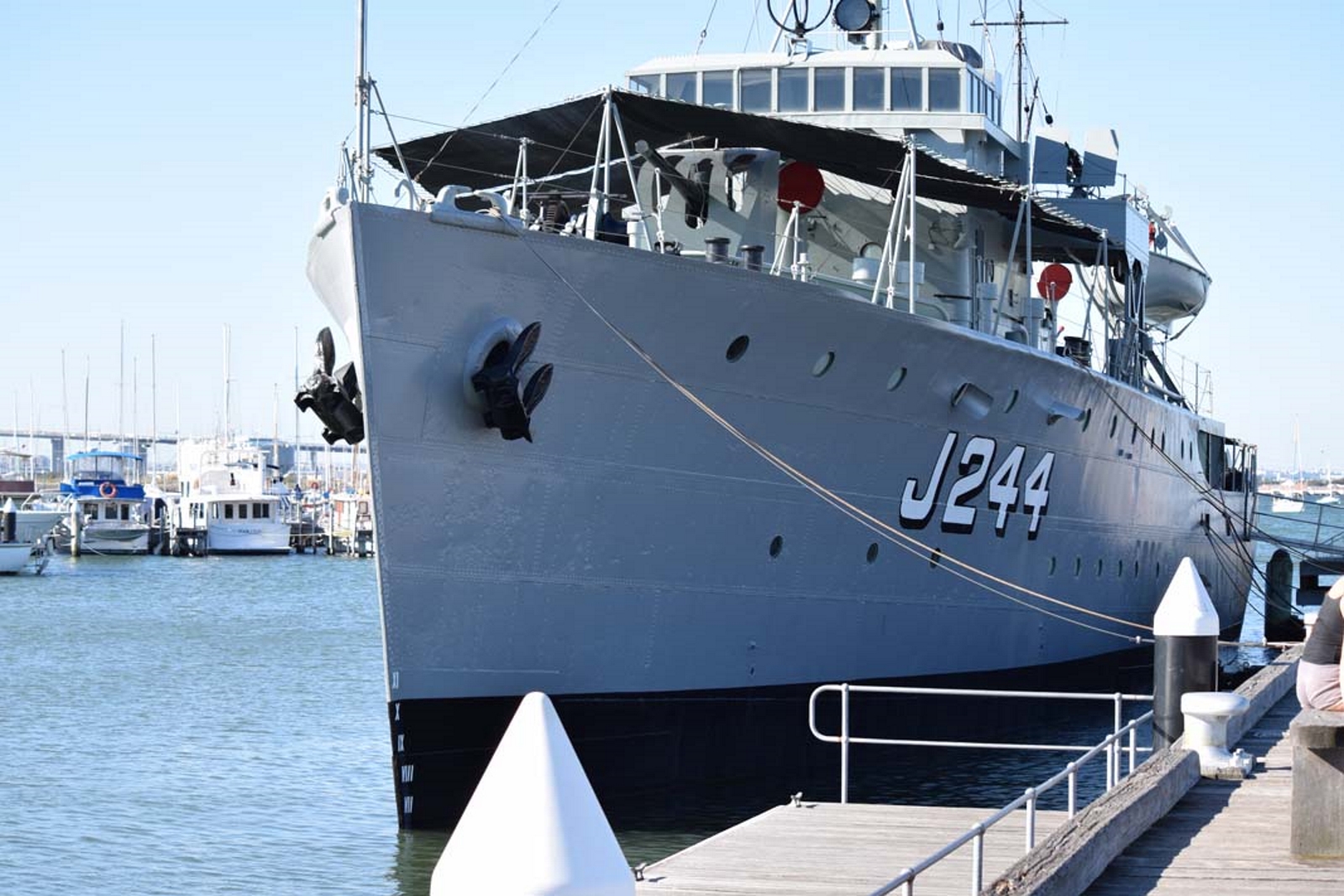 Galleria fotografica di un HMAS Castlemaine (J244), HMAS Castlemaine (J244/M244/A248), named for the city of Castlemaine, Victoria, was one of 60 Bathurst-class corvettes constructed during World War II, and one of 36 initially manned and commissioned solely by the Royal Australian Navy (RAN). Launched in 1941 and commissioned in 1942, Castlemaine operated during World War II in the waters of Australia, New Guinea, and Timor. She remained in service until 1945, when she was decommissioned into reserve and converted into an immobilised training ship. In 1973, Castlemaine was presented to the Maritime Trust of Australia for conversion of a museum ship. She is one of two surviving examples of the Bathurst class, the other being HMAS Whyalla.

Seehund - Cammina in giro (Walk Around)

Seehund - Cammina in giro (Walk Around)