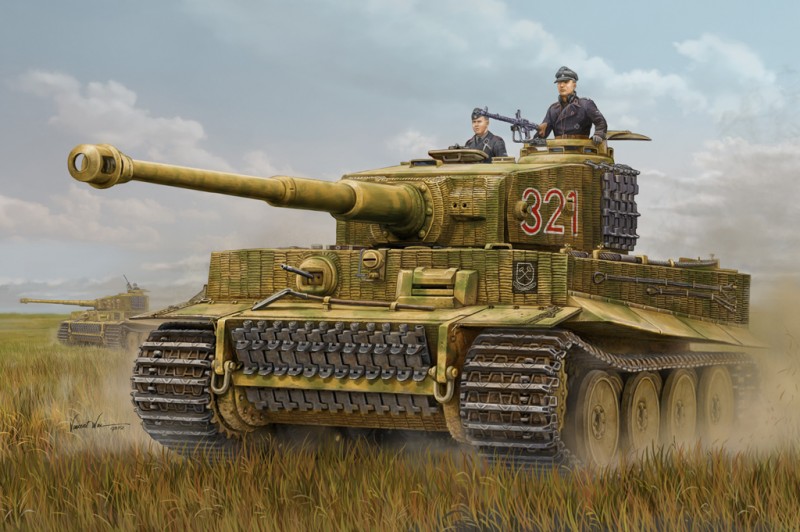 Features : the kit is a simplified version consists of over 460 parts

Panzerkampfwagen VI Tiger Ausf.E, often shortened to Tiger. It was an answer to the unexpectedly formidable Soviet armour encountered in the initial months of the Axis invasion of the Soviet Union, particularly the T-34 and the KV-1. The Tiger I is the first tank mounting the 88 mm gun, in its initial armored fighting vehicle-dedicated version, which in its Flak version had previously demonstrated its effectiveness against both air and ground targets. During the course of the war, the Tiger I saw combat on all German battlefronts. It was usually deployed in independent tank battalions, which proved to be quite formidable. While the Tiger I was feared by many of its opponents, it was over-engineered, used expensive and labour intensive materials and production methods, and was time-consuming to produce. Only 1,347 were built between August 1942 and August 1944.

Tiger with tracks around the turret

Search on eBay
Search for what you need, We suggest this but it is you who decide
Find items about "Tiger Tank" on AliExpresS (c):