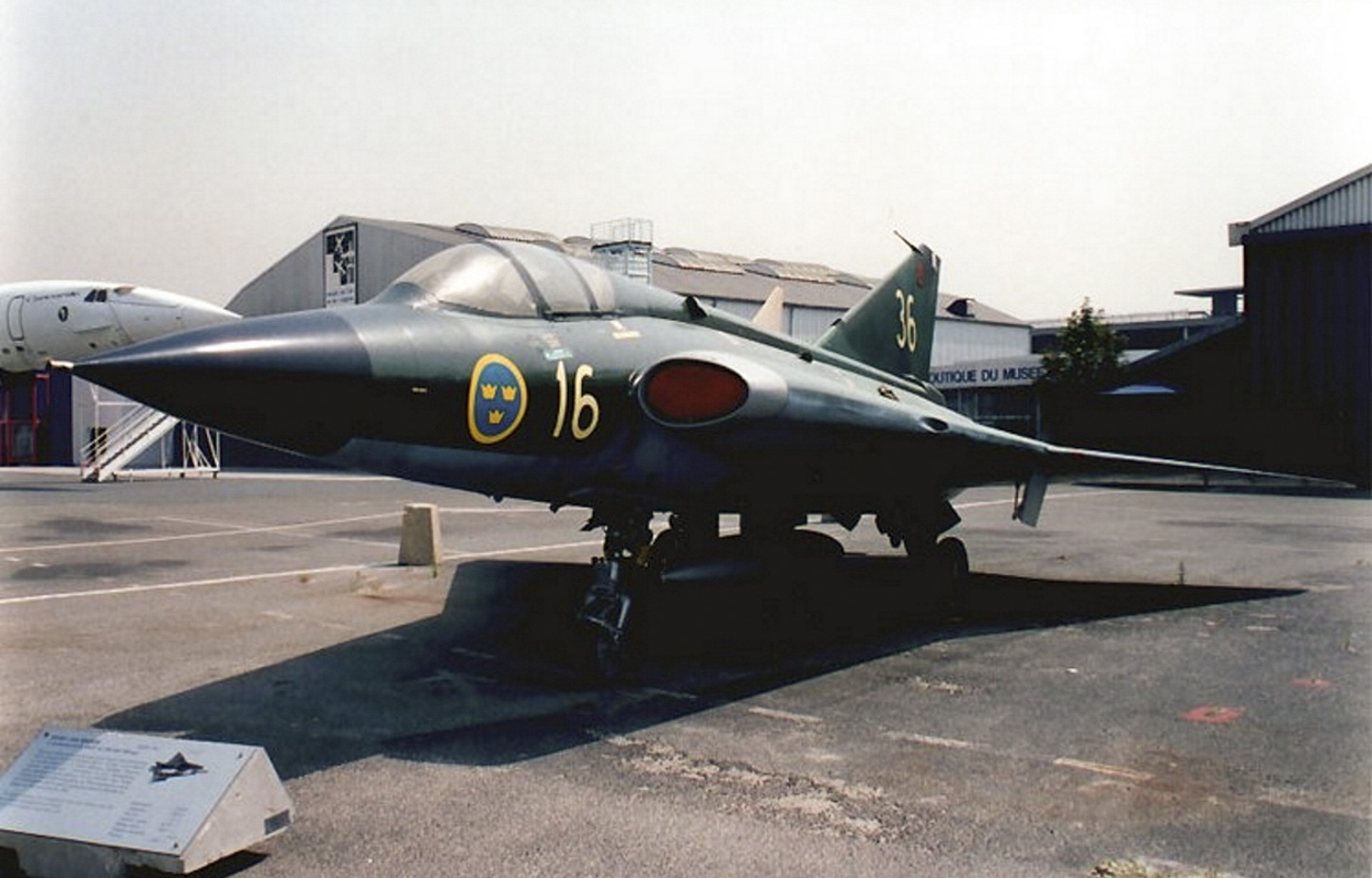 Lla Saab 35 Draken (« the kite » Ou « the dragon ») was a Swedish fighter aircraft developed and manufactured by Saab between 1955 and 1974. It was the first fully supersonic aircraft to be deployed in Western Europe. The Draken was developed during the 1940s and 1950s to replace Sweden’s first generation of jet-powered fighter aircraft, the Saab J 29 Tunnan and, later, the fighter variant (J 32B) of the Saab 32 Lansen. It featured an innovative « double-delta » wing; in order to test this previously-unexplored aerodynamic feature, a sub-scale test aircraft, the Saab 210, was produced and flown. Developed in Sweden, the Draken was introduced into service with the Royal Swedish Air Force (RSAF) on 8 March 1960. Early models were intended purely to perform air defence missions, the type being considered to be a capable dogfighter for the era.