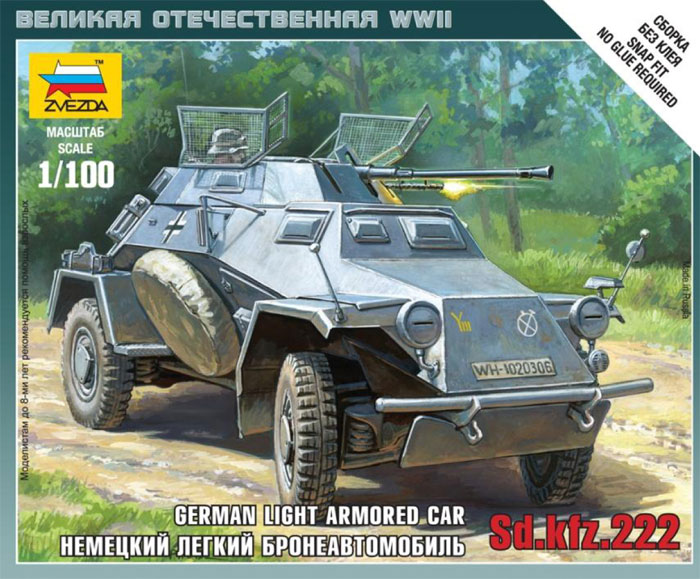 The Leichter Panzerspähwagen (German: roughly “Light Armoured Reconnaissance Vehicle”) were a series of light four-wheel drive armoured cars produced by Nazi Germany from 1935 to 1944. SdKfz. 222 : This version of the vehicle was armed with a 2 cm KwK 30 L/55 autocannon and a 7.92 mm MG34 machine gun. The third crew member was the gunner, relieving the commander of that task. Some versions included a 28 mm anti-tank cannon.