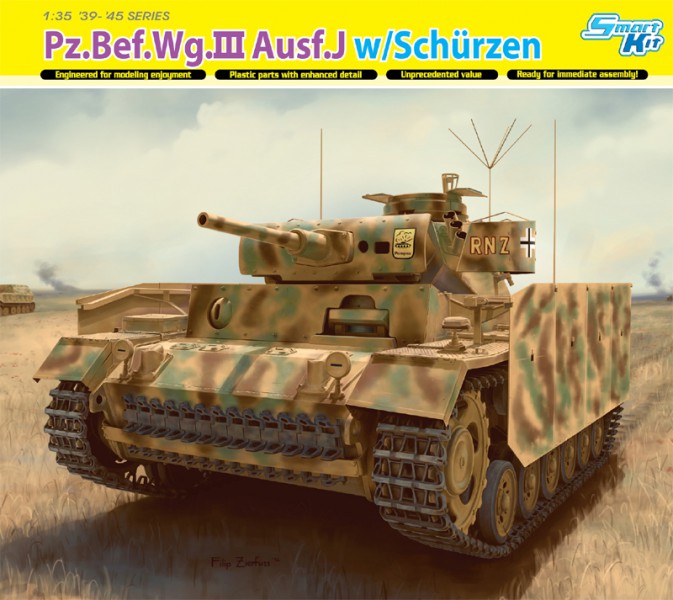 A model of the brand Dragon Models the kit : Pz.Bef.Wg.III Ausf.J w/Schurzen – DML 6570