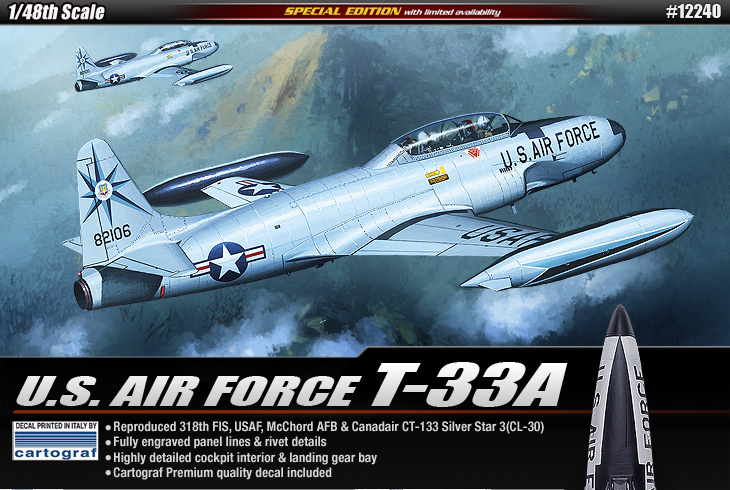 The Lockheed T-33 T-bird is an American-built jet trainer aircraft. It was produced by Lockheed and made its first flight in 1948, piloted by Tony LeVier. The T-33 was developed from the Lockheed P-80/F-80 starting as TP-80C/TF-80C in development, then designated T-33A. It was used by the U.S. Navy initially as TO-2 then TV-2, and after 1962, T-33B. Despite its vintage, the T-33 remains in service worldwide.

Search on eBay
Search for what you need, We suggest this but it is you who decide
Wait, Searching U.S. AIR FORCE for you…