Petlyakov Pe-2, nicknamed Peshka, was the most numerous Soviet bomber of World War 2 – from 1943 the Soviet Air Forces used more Pe-2s than all other bombers put together. Pe-2 participated in almost every campaign of the Red Army, being used for ground attack missions.

Read these instructions carefully, you will realize that this model will collect nice and beginners and a true professional. With a maximum of detail (set consists of 435 parts), you make out in minute detail the entire interior cockpit and arrow-radio operator, landing gear and engine compartment, which, if desired, you can set individual exhaust pipes of the engine.A nice bonus is one more feature: the rotor blades are not necessarily paste. They can be simply inserted into the spinner and the need to pull to transport. Do not limit your opportunities and gather with pleasure! 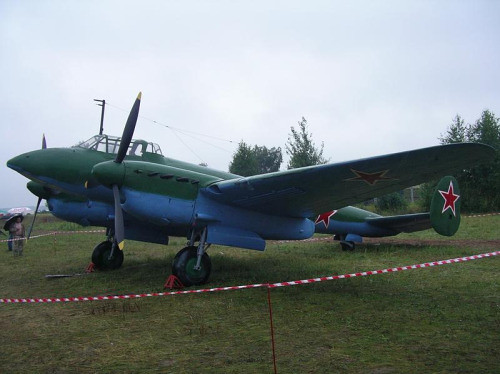