76-mm tank gun L-11, mounted on KV, didn’t prove to be suffi ciently powerful to fi ght Pillboxes and other fortifi cations. A new KV-2 tank, fi tted with the M-10 152-mm howitzer in the turret, was designed for the destruction of defensive military fortifi cations. The production of the KV-2s started in 1940 and soon after the start of WWII in Russia the production of the vehicles was phased out as this single-purpose tank was an exorbitant luxury in the severe conditions of the initial period of the war. 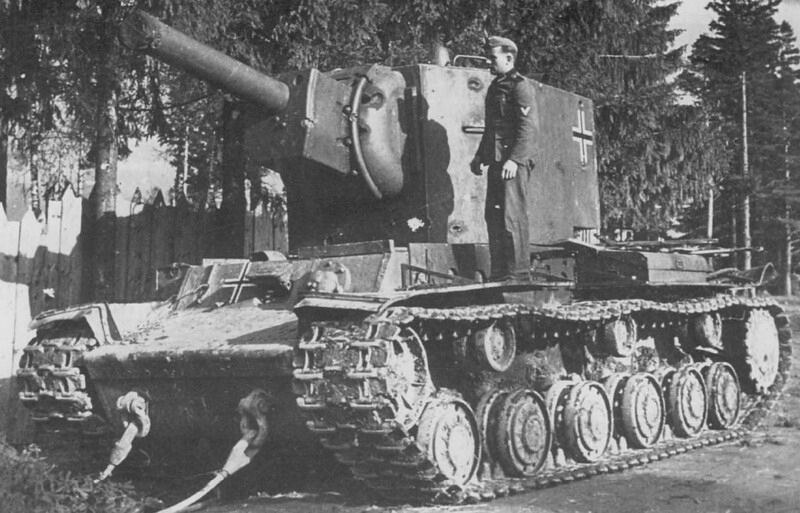 gruene-teufel: One of the two KV-2 heavy tanks – designated PzKpfw 754® – captured and repaired by German soldiers of Panzer-Zug 269, 269. Infanterie-Division, in December 1941. 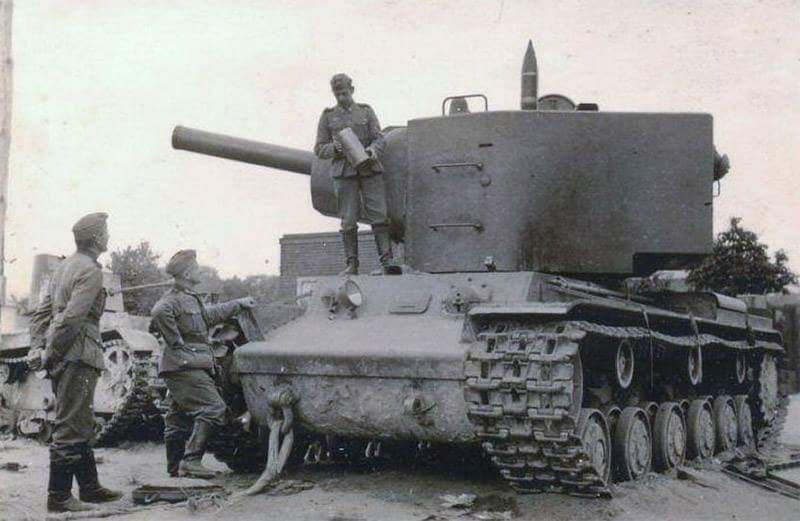 A Soviet knocked out KV2 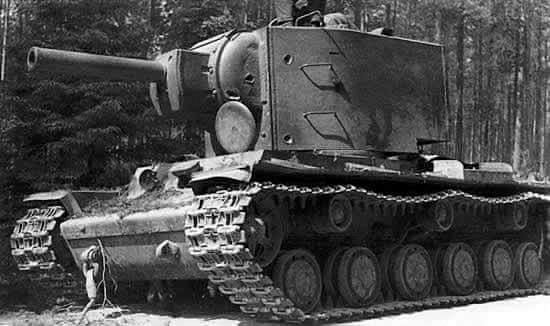 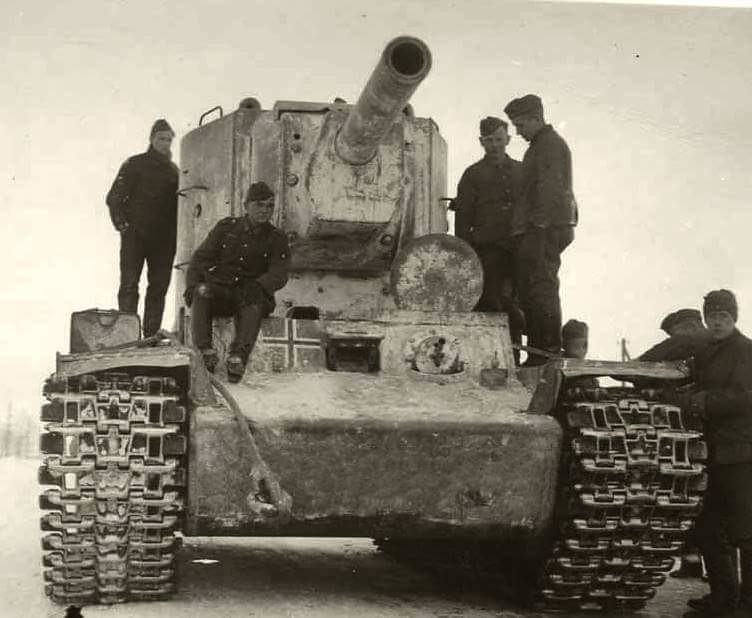 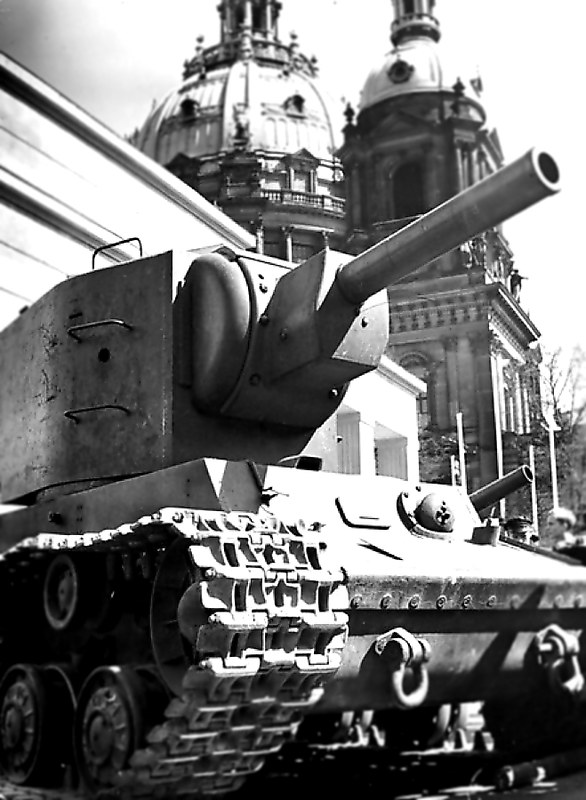 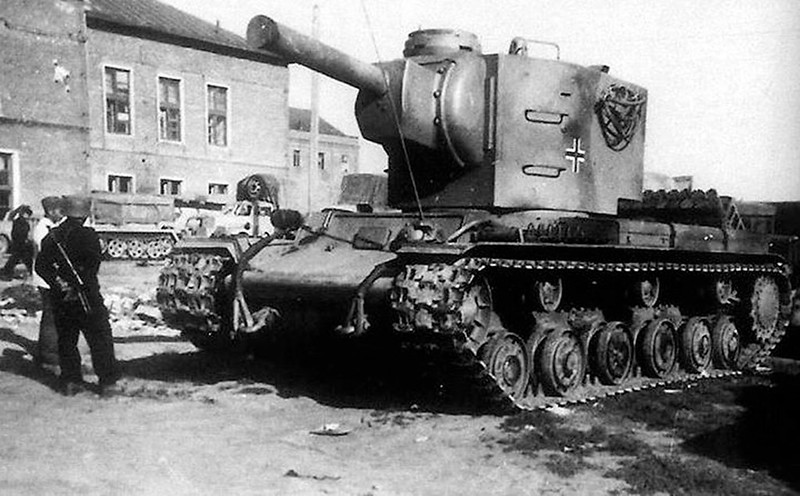 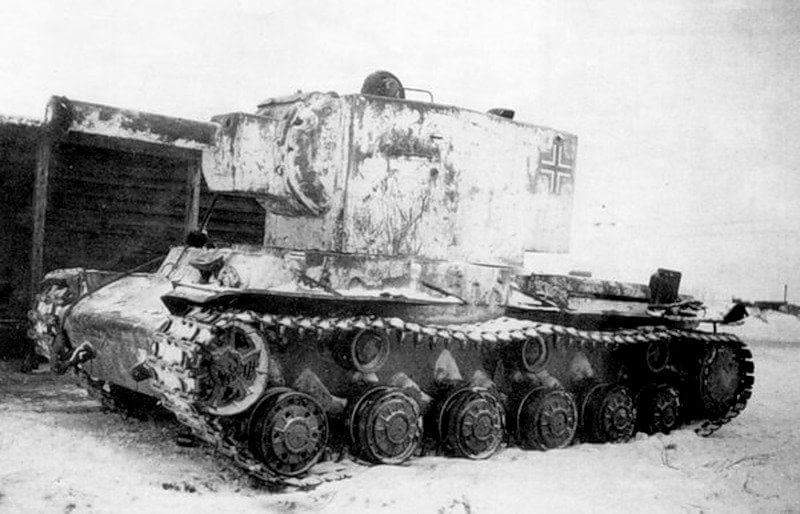 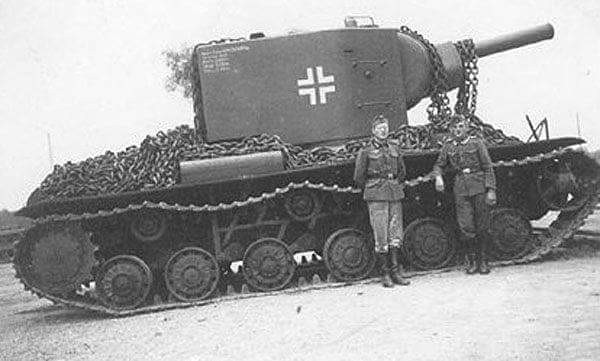 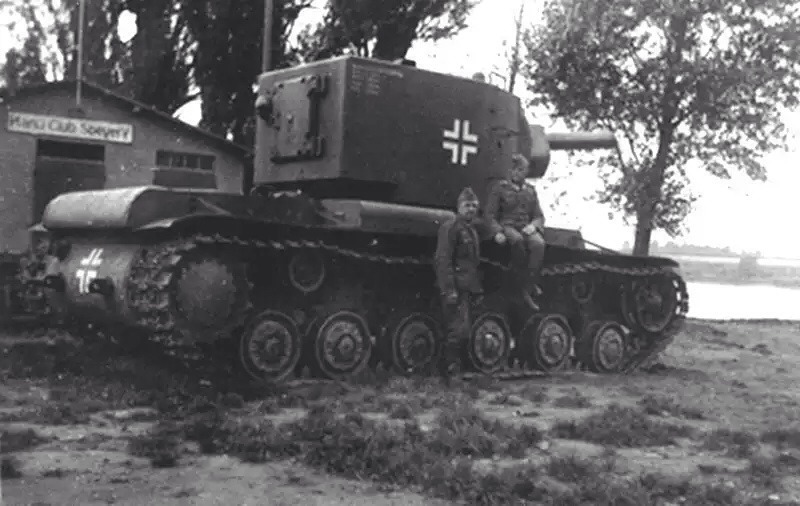